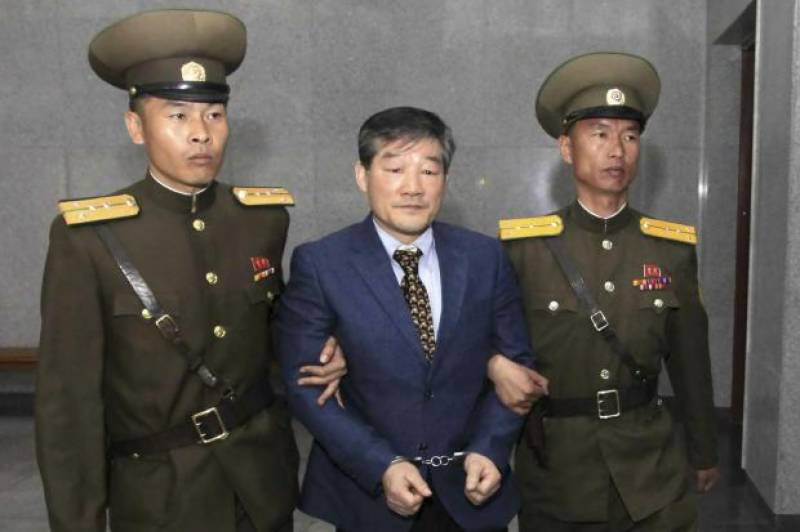 The news agency also stated that the man, a Korean-American in his fifties identified only by his surname Kim, had been in North Korea for a month to discuss relief activities. He was arrested at Pyongyang International Airport on his way out of the country.

North Korea, which has been criticized for its human rights record, has in the past used detained Americans to extract high-profile visits from the United States, with which it has no formal diplomatic relations.