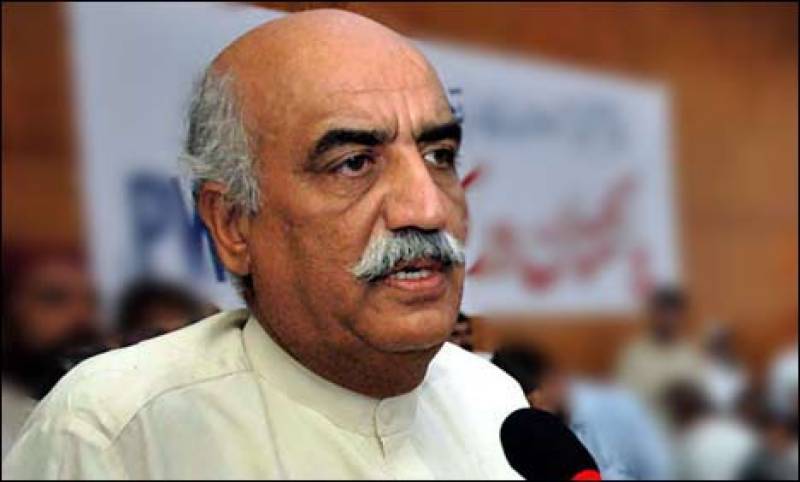 Islamabad (Staff report): Opposition leader in the National Assembly Syed Khursheed Shah on Wednesday said that his party will not support amendment in Article 62 and 63 of the constitution.

While talking to media in Islamabad, Khursheed Shah said that the ruling government of Pakistan Muslim League-Nawaz (PML-N) wants to amend the Article 62 and 63 of the constitution to save Nawaz Sharif.

He said government should respect court orders despite amending constitution in order to save Nawaz Sharif because PPP will neither support amendment in Article 62 and 63 nor accept this amendment.

The opposition leader asked government to behave responsibly and focus on threats posed by Trump despite seeking ways to escape from constitutional rules.

Earlier on Tuesday, Federal Law Minister Zahid Hamid said, Article 62 and 63 do not tell about disqualification duration however, we think it should be less than five years so we will recommend these constitutional amendments to main committee.