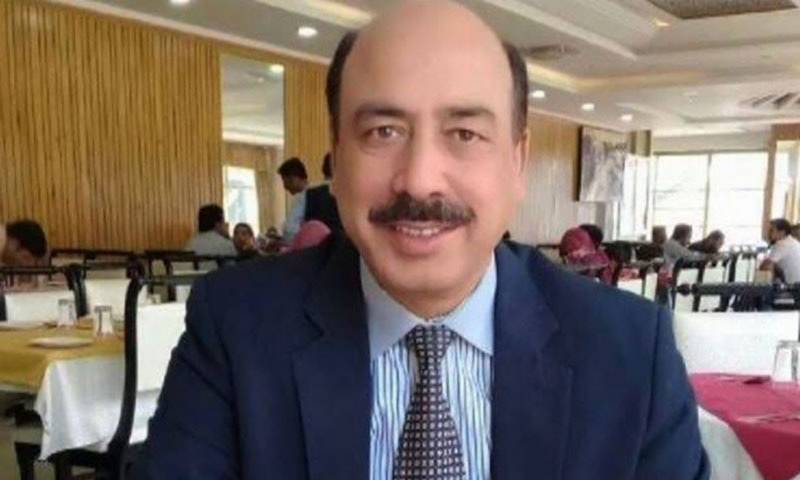 1. Is the video authentic?

2. If the video is authentic how can it be proven and on what forum?

3. What impact will the video have on the ruling by judge Malik in the Al-Azizia Steel Mills corruption reference that had put away former premier Nawaz Sharif last year?

4. Which forum will view the behaviour of Judge Arshad Malik?

5. What will be the impact of the video on the judge’s future?

The chief justice said the detailed verdict would be available on the top court's website.

A three-member bench headed by the CJP heard the on Tuesday.

During the hearing, Chief Justice Asif Saeed Khosa discussed the interim report submitted by the FIA director general and observed that the case concerned two videos — one through which the judge was blackmailed, and the other which was shown at PML-N leader Maryam Nawaz’s press conference.

The bench raised questions about the authenticity of the videos in question and the chief justice noted that judge Malik had already admitted that the “objectionable video” was real.

“But how will the video, which was shown in the press conference, be proven as authentic?” he wondered.

The chief justice cited the findings of the report according to which the audio of the video was recorded separately.

“During the press conference, the video also had subtitles. It seems like someone has tampered with the video,” the chief justice observed.

The attorney general informed the bench that a forensic examination of judge Malik’s ‘objectionable video’ had been carried out but said that it would be ‘very difficult’ to ascertain the authenticity of the clip shown by PML-N leader because it was taken from YouTube.

Justice Khosa said that experts should be consulted to find out if a forensic examination of the video can be carried out or not.

The top judge also noted that as per the interim report, Nasir Janjua, one of the main suspects in the case, had said he had been instrumental in the judge’s appointment to the accountability court.

The chief justice asked if the individual who had taken the final decision to appoint judge Malik had come forward.

To this, the attorney general replied in the negative and told the top court that Malik had been posted to the accountability court on March 13, 2018.

“This would mean that after the Panama Papers verdict [issued in July 2017], the government at the time had appointed judge Arshad Malik,” the chief justice remarked.

The chief justice then inquired if any complaint, saying that the video was being used to someone’s benefit, had been submitted.

The attorney general informed the bench that ‘two important characters’ in the case, Tariq Mahmood and Janjua were not in the country.

He added that “everything cannot be said in an open court”.

The top judge wondered why Arshad Malik had not been relieved of his duties and sent back to Lahore until now.

“By not sending Arshad Malik to Lahore, [he] is being provided protection,” the top judge remarked.

To this, the attorney general said that Malik had been stopped from leaving due to the ongoing investigation.

“What kind of a judge visits a person, he has convicted? The judge’s behaviour has caused shame to all [other] judges,” Justice Khosa remarked.

“Why are you taking this matter lightly? The judge himself is admitting he had connections with that family,” the top judge observed.

The top judge remarked that the bench would look into the matter, as far as his [Malik’s] character is concerned and directed the attorney general to investigate if a forensic examination of the video can be carried out.