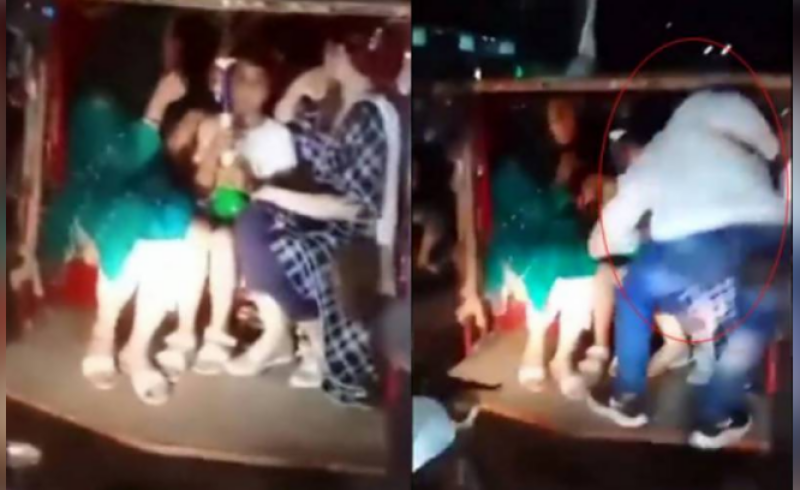 Lahore (Web Desk): The Punjab police on Sunday arrested the biker who filmed the video of a woman getting sexually harassed inside a Qingqi rickshaw in Lahore on Independence Day.

In a post shared on Twitter, Special Assistant to the Prime Minister (SAPM) on Political Communication, Dr Shahbaz Gill said that police will soon arrest the man who harassed the woman.

The SAPM also shared update on the Minar-e-Pakistan assault case, saying that police so far arrested 34 suspects from South Punjab.

He added that 126 people in total have been arrested in the case.

It is pertinent to mention that another video showing a Pakistani man sexually harassing a woman went viral on social media, sparking outrage from different echelons of society.

Two women, with a child seated between them at the back of a Qingqi rickshaw somewhere in a busy street in Lahore, could be seen in the video clip. The women were seen to be visibly disturbed at the sight of a couple of motorcyclists hounding the rickshaw, catcalling, and leering at them.

The clip further added that one man jumped onto the rickshaw, out of nowhere, and forcibly kissed the woman while no person intervened to stop the heinous act on the busy road. Later, a woman took her slipper off and threatened to hit a motorcyclist with it.

The woman who was harassed, at one point, was extremely upset and tried to leave the rickshaw in despair but was stopped from doing so by her companion.

Meanwhile, reports in local media suggest that two suspects had been taken into custody in connection with the Qinqgi harassment case while the victim was reluctant to come forward and identify the culprit, however, police were trying to convince her so that all persons involved in the incident could be arrested.