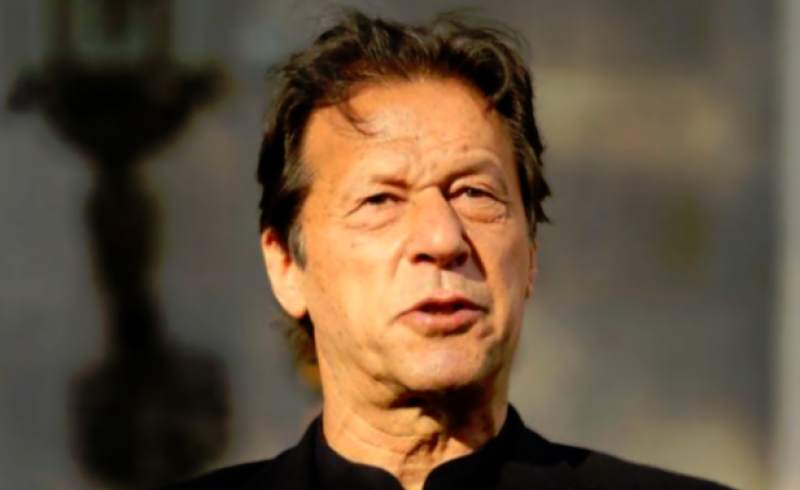 Islamabad (Web Desk): The Islamabad High Court (IHC) on Tuesday issued show-cause notice to former premier and Pakistan Tehreek-e-Insaf (PTI) Chairman Imran Khan and summoned him in his personal capacity on August 31 after initiating contempt of court proceedings against him for threatening Additional Sessions Judge Zeba Chaudhry during a public rally.

According to details, the show-cause notice was issued by a three-member bench, headed by Justice Mohsin Akhtar Kayani and comprising Justice Babar Sattar and Justice Miangul Hassan Aurangzeb.

The bench was constituted on Monday after the decision to start contempt proceedings against Imran Khan was taken by Acting IHC Chief Justice Aamer Farooq during the hearing of a petition challenging incarcerated PTI member Shahbaz Gill’s police remand in a sedition case.

The court while summoning the PTI chief in personal capacity on August 31, forwarded the case to the Chief Justice of Pakistan (CJP), seeking inclusion of more judges in the bench.

When the bench began the proceedings today, Islamabad Advocate General Jahangir Khan Jadoon informed the court that he had filed a miscellaneous application seeking permission to put Imran’s statements allegedly against state institutions on record.

Justice Kayani termed Khan’s remarks ‘inappropriate’ and said the case is not only confined to the IHC but the message is going to the highest level, adding that people on social media should be controlled.

Furthermore, he added that there was 'no need' for a former prime minister to 'threaten' a female judge hearing hundreds of cases.

"Imran is consistently giving remarks against the judiciary and the ECP. This should come to a stop," he said.

Earlier today, the Islamabad Advocate-General filed a miscellaneous application in the IHC, seeking permission to submit the concerned record to court.

In his application, the advocate-general pleaded to the court that he wanted to submit the record of anti-judiciary remarks and speeches made by Imran Khan in the past.

“I want to put Imran Khan’s video clip on record,” said the applicant.

He requested the court to allow the petitioner to play the video showing the anti-judiciary and anti-state institution remarks made by the PTI chairman in the past.

The Islamabad advocate general requested the IHC to allow the material to be played in the courtroom through USB or other digital means.

The development comes two days after a first information report (FIR) was registered against the PTI chief on Sunday under Section 7 of the Anti-Terrorism Act (punishment for acts of terrorism) for threatening the judge and senior police officers at a rally at his Islamabad rally on Saturday.

On Monday, the IHC had granted transit bail to former premier till August 25 in the case filed against him for threatening a female judge and police officials at a public rally.

The bail plea was heard by Justice Mohsin Akthar Kayani and Justice Babar Sattar, who approved the bail and ordered him to approach the Anti-Terrorism Court (ATC) within these three days.

On the other hand, the coalition parties of the incumbent government had earlier urged the superior judiciary to take immediate notice of Imran Khan's threat to the  female judge and police officers during his F-9 Park speech.

As per a joint statement issued on Saturday, the coalition parties requested to take legal action against Imran Khan and his colleagues for interfering in the affairs of the interior minister and threatening the officers and government staff who are performing their duties according to the law.