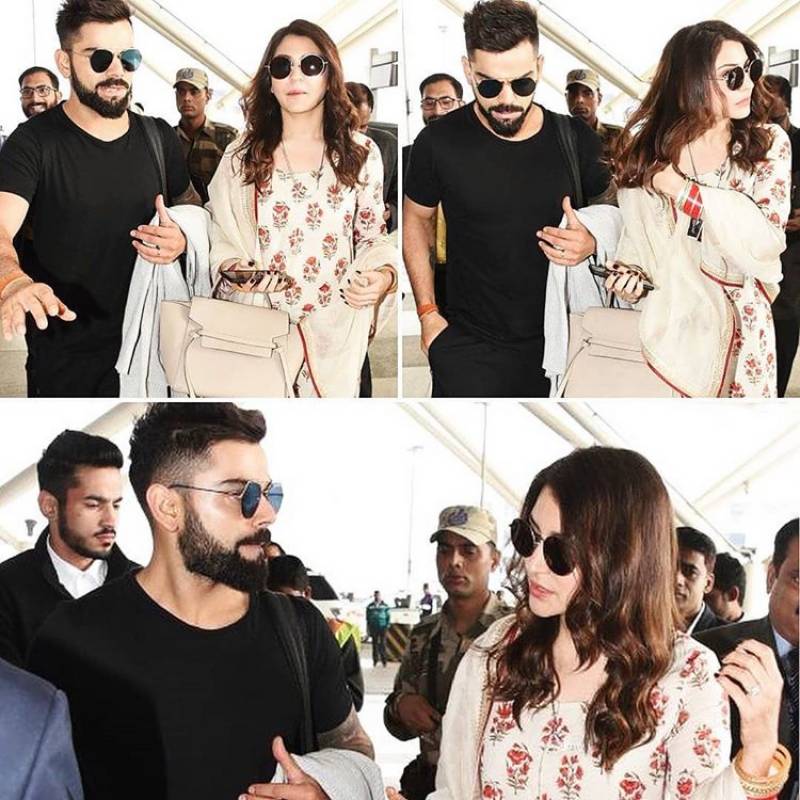 Virat was seen wearing all black, while his bride Anushka looked beautiful in a floral printed beige shalwar kameez.

According to reports, the Mumbai reception will be hosted at The St. Regis Hotel. Bollywood A-listers along with members of the Indian cricket team are expected to be in attendance.