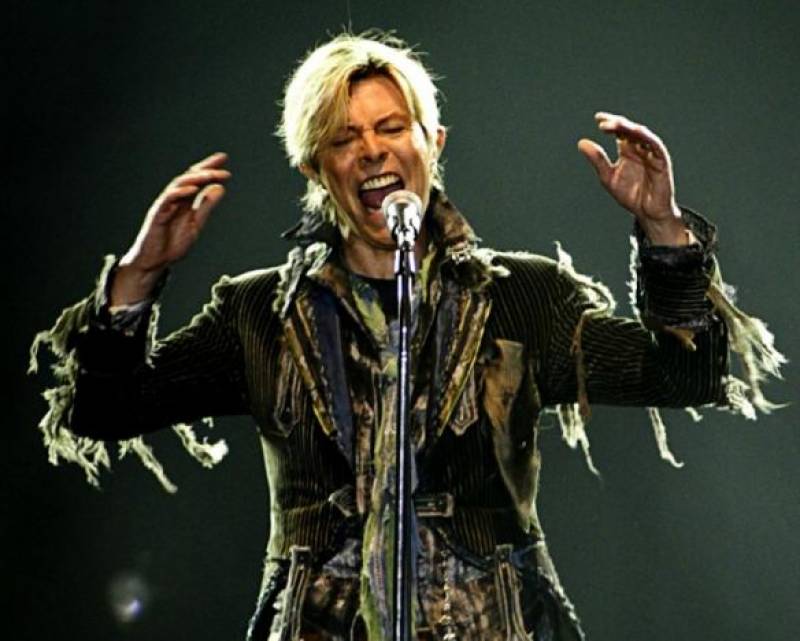 London (Reuters): Late music icon David Bowie was the big winner at the BRITs in London on Wednesday, taking the British male solo artist and album of the year prizes at the UK's top music awards.

Bowie, a pop chameleon who won legions of fans with his ground-breaking music, released his last album, "Blackstar," days before his death from cancer at age of 69 in January 2016. At the British Record Industry Trust (BRIT) awards, Bowie beat off competition from the likes of grime artist Skepta, rapper Kano and singer Michael Kiwanuka in both the "British male solo artist" and "Mastercard British album of the year" categories.

"He's always been there supporting people who think they’re a little bit weird or a little bit strange, a little bit different, and he's always been there for them," Bowie's son, Duncan Jones, said as he collected the album award. "This award is for all the kooks and all the people who make the kooks." Held in the capital's O2 arena, the televised BRITs are the mainstream British music industry's top awards ceremony. The evening saw performances from Katy Perry, Robbie Williams, Bruno Mars and Ed Sheeran.