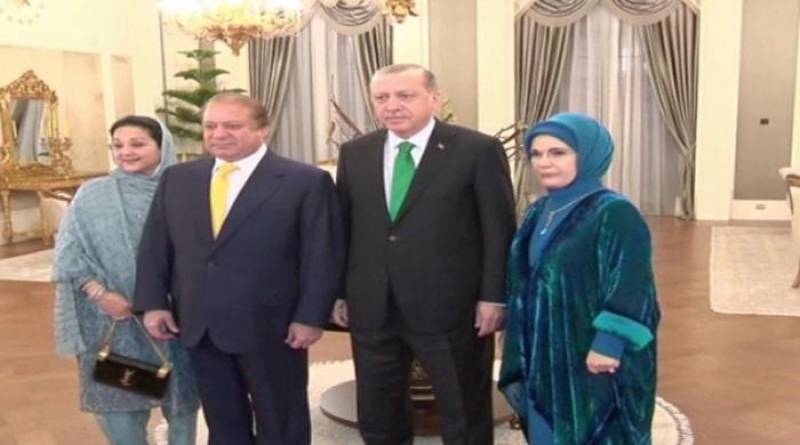 Turkish First Lady Emine Erdogan and Begum Kalsoom Nawaz also joined their spouses at the dinner, held at the residence of the Turkish President. The Prime Minister who arrived in Turkey Wednesday afternoon will participate in the fifth meeting of High Level Strategic Cooperation Council (HLSCC) on Thursday.

"The Prime Minister's visit to Turkey and the convening of the 5th Session of HLSCC would further deepen the time-tested, unparalleled and historic ties between the two brotherly countries and would impart a strong impetus to their flourishing cooperation in diverse fields," a Foreign Office statement said.

PM Nawaz Sharif along with Turkish Prime Minister Binali Yildirim will co-chair the HLSCC meeting. A Joint Declaration will be issued at the conclusion of the meeting and a number of MoUs are expected to be signed.