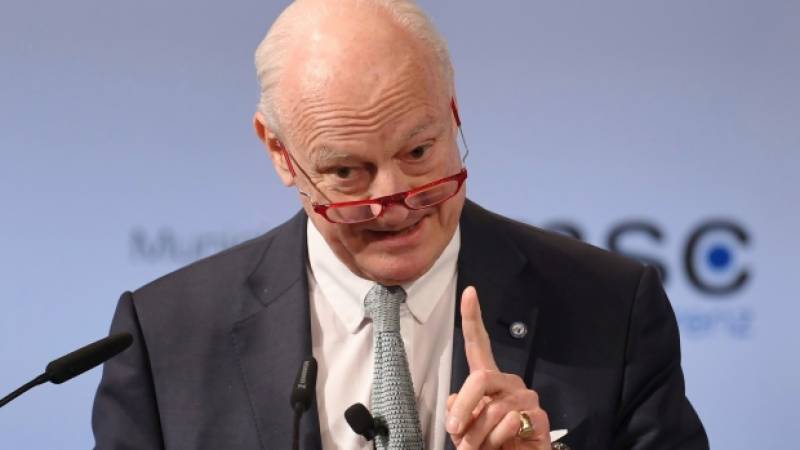 Geneva: A fresh round of Syrian Peace Talks has reinitiated at Geneva as the fate of millions hangs in between despair and death. There are months of bloodshed across Syria and especially Aleppo. It has stalled humanitarian aid deliveries and stop-and-start diplomacy, UN Syria envoy Staffan de Mistura is reconvening talks between government and opposition delegations on Thursday, in the latest bid to end the country's catastrophic six-year war that has killed hundreds of thousands of people and displaced millions more. Battlefield gains by President Bashar Assad's forces against Western-backed rebels, a new diplomatic push led by Turkey and Russia, and uncertainty about the Trump administration's strategy on Syria - the U.S. has been largely on the sidelines in recent months - have raised questions about prospects for the latest attempt to silence Syria's guns and return the country to peace.