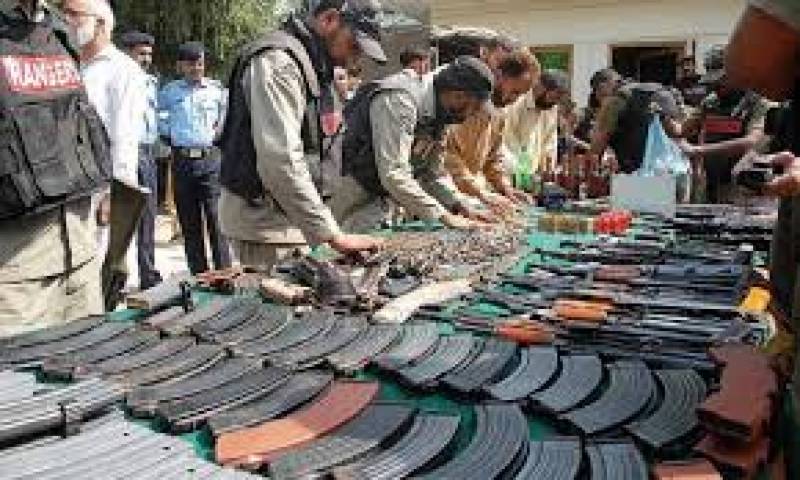 Rawalpindi: Following blast news claiming 7 lives and in accordance to the Pakistan Army announced Operation RdeFisaad The Pakistan Army, Rangers and police today conducted a search operation in the Dhok Hassu area of Rawalpindi and claimed to have arrested 40 people.

The joint operation was conducted under the command of Colonel Amanullah of Pakistan Rangers Punjab. Out of the 40 arrested, 13 are said to be Afghan refugees. The arrested individuals were shifted to Ratah Imral police station, initial investigations have started.

A number of weapons were also confiscated in the sweep, with Amanullah confirming that the operation was carried out in the area with the help the army and the police.

The federal government on February 22 approved Punjab government’s request to deploy 2,000 Ragers personnel across the province for a duration of 60 days.

The Pakistan Army also launched Operation Radd-ul-Fasaad across the country to contain the recent wave of terror attacks in the country.