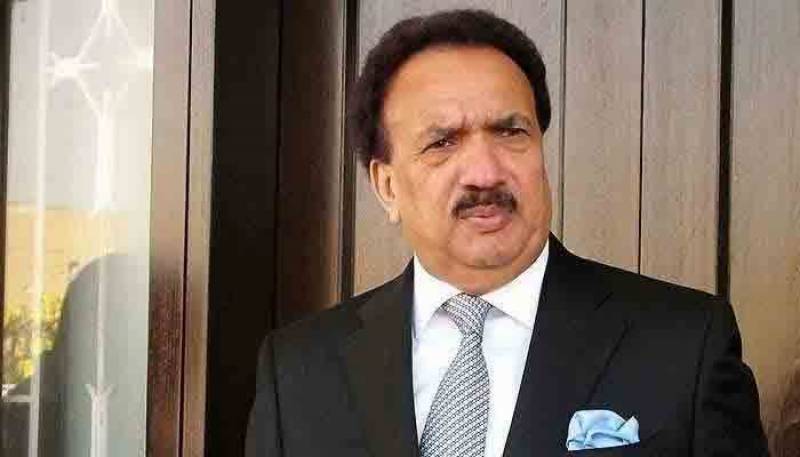 According to Malik's spokesperson Riaz Ali Turi, the former senator had been hospitalised in Islamabad as he had developed COVID-19-related complications and was put on a ventilator after his health deteriorated.

Deeply devasted to say that Former Interior Minister, PPP' senior leader Abdul Rehman Malik passed away. Sorrow, pain and grief are indescribable. All are requested to pray for his soul.

The former senator served as the interior minister of the country from 2008 to 2013. He was one of the closest aides of former premier Benazir Bhutto.

Owing to his services, the government of Pakistan had awarded him with one of the highest civilian awards in the country, Sitara-e-Shujat (the Star of Bravery). He also received one of the most prestigious civil decorations, the Nishan-e-Imtiaz (the Order of Excellence), from the state.

Following the news of Rehman Malik's death, condolences started pouring in from all political circles of the country.

"Commiserating with the bereaved family, they prayed for the departed soul," the Radio Pakistan reported.

He added that Malik's services to the country were unforgettable and the PPP leadership and workers shared in his family's grief.

In his message, PPP chairperson Bilawal Bhutto-Zardari expressed grief over Malik's demise and said the former minister had "always practiced politics of honesty and principles."

Deeply saddened to learn about the passing of PPP leader Rehman Malik. May Allah Almighty rest his soul in peace! I extend my heartfelt condolences and profound sympathies to the bereaved family and the PPP leadership.