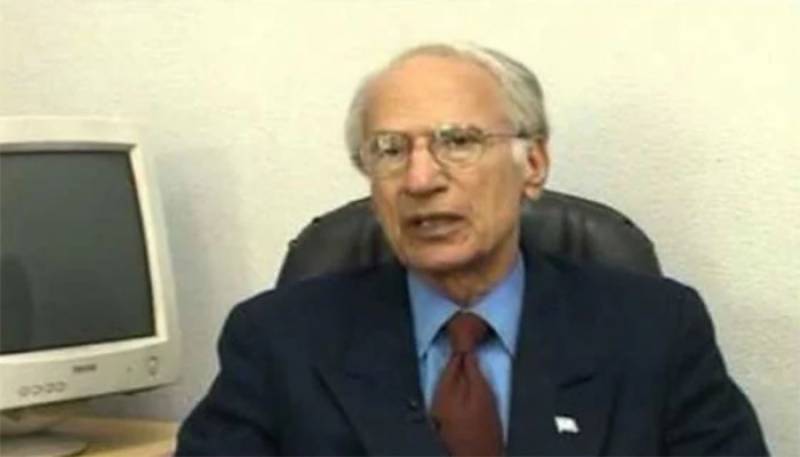 Lahore (Web Desk): Renowned academic and eminent journalist Mehdi Hassan passed away after a protracted illness in Lahore on Wednesday.

He was 85 and is survived by wife, Rakhshanda Hasan, and two sons.

Professor Dr Mehdi Hassan, who was awarded the most prestigious award Sitara-e-Imtiaz by the President of Pakistan in 2012 for his services in Journalism, was a Pakistani left-wing journalist, media historian, dean of journalism and mass communication at the Beaconhouse National University and a professor of mass communication at the Punjab University. His teaching career spanned over 50 years.

He served as the chairperson of the Human Rights Commission of Pakistan (HRCP) and was one of Pakistan's prominent communication experts with a specialisation in political analysis.

One of the few media historians of Pakistan, Dr Hasan was a regular commentator and panellist for TV news channels and radio stations.

He authored many books on history, journalism, mass communication and political parties. His book "The Political History of Pakistan" is a widely used source of reference by journalists and producers.

Moreover, Dr Hasan wrote many papers on the subject and participated in multiple seminars.

Dr Hasan received a PhD in mass communication from Punjab University after acquiring a masters degree in the same discipline from the varsity.

He was a Fulbright Scholar at the University of Colorado, where he conducted research on "Coverage of Third World Countries in the American Mass Media". He published research papers in the United States and Pakistan.

As a journalist, he served as a sub-editor and reporter at the Pakistan Press International between 1961-67. He remained an elected office-bearer of the Pakistan Federal Union of Journalists (PFUJ) five times during this period.

Dr Hasan also had been a news commentator and analyst for Pakistani television since 1964 and also served for Radio Pakistan since 1962.

Apart from that, national and international mass media outlets, including Voice of America, BBC News, Deutsche Welle regularly sought his opinion on political developments in Pakistan.

His hobbies and passion included photography and he possessed 35mm cameras, including a couple of Rolleiflex cameras.

Hasan's passion for photography took him to the frontline of the Lahore war zone in 1965, although he was not a professional photographer.