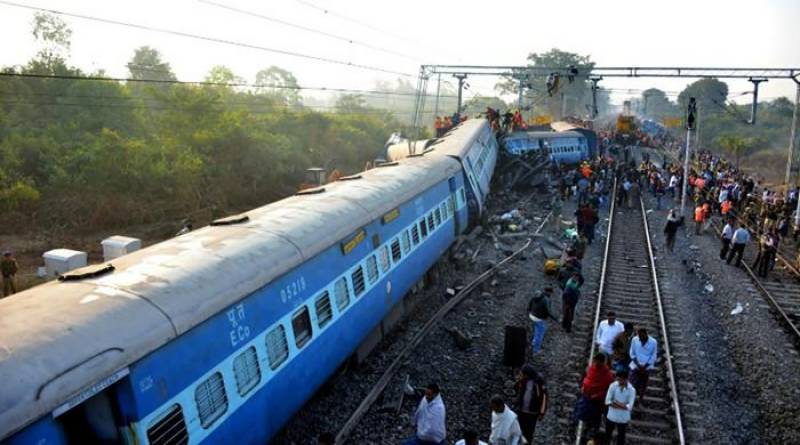 New Delhi (Online): Rescue teams struggled to pull survivors from the wreckage of a train crash which killed 39 passengers in India.

J.P. Mishra, a spokesman for East Coast Railways said that the death toll has gone up to 39. He told the media that there were around 600 people in the derailed carriages.

Police officials were investigating the incident whether Maoist rebels had tampered with the track after eight coaches and the engine of the Jagdalpur-Bhubaneswar express were derailed at around 11:00 pm on Saturday in Andhra Pradesh state.

Local Superintendent of Police L.K.V. Ranga Rao said, "Nine bogies were derailed of which three have turned and fallen off the track. Most of the casualties and deaths are from the three sleeper-class compartments."

SP further added that no evidence of sabotage has been detected, saying that the cause of the derailment appeared to be a technical fault. Rescue operations were under way and coaches that had not derailed had been towed from the scene.

Andhra Pradesh Chief Minister Chandrababu Naidu said on Twitter, offering his condolences to the families of the victims, "Anguished to learn about the train accident near Vizianagaram. We are investigating the reason for accident."

Prime Minister Narendra Modi also tweeted that the tragedy was "saddening" and said the railways ministry was working to ensure quick relief and rescue operations.

At least 27 killed, many injured as Indian train derails