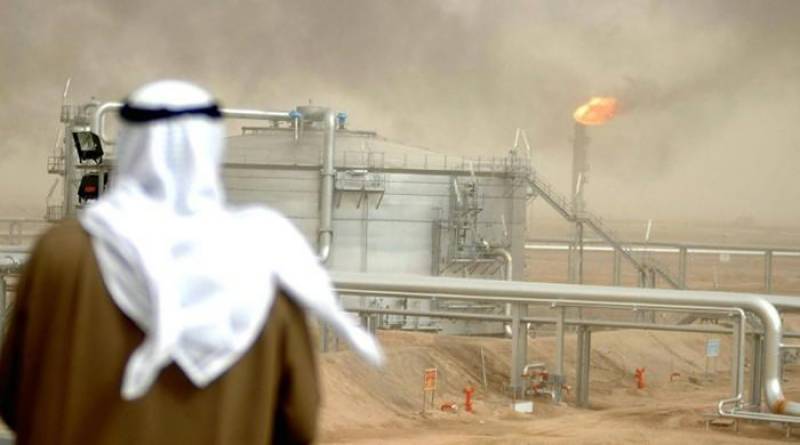 Vienna (Online): Oil producers announced on Sunday that their landmark December deal to cut output by almost two million barrels per day was on track.

Khaled al-Falih, energy minister of oil behemoth Saudi Arabia was quoted by Bloomberg as saying, "Compliance is great, it's been really fantastic."

He said in Vienna, "Based on everything I know, I think it's been one of the best agreements we've had for a long time."

He furthere added that he hoped all countries would reach full compliance next month and forecast that brimming global oil stocks would return to normal levels by mid-year.

The December 10 accord, valid from January 1 for six months, obliges 24 countries inside and outside the OPEC group to cut production by 1.8 million bpd between them.

The accord’s primary aim is to reduce a global glut that has depressed oil prices and blown a huge hole in the public finances of producer nations, despite being good news for consumers.

Markets initially welcomed the accord, sending oil prices up to an 18-month high of $58 but they have since slipped back on concerns countries may not stick to their commitments -- as has happened under previous deals.

The energy minister said, however, those producers have already removed 1.5 million bpd from the market, more than 80 percent of their collective target.

According to media, Russian Energy Minister Al exander Novak said Moscow was ahead of schedule and doing our best to maximise participation in the agreement.

Novak further stated that Russia has reduced production by an average of 100,000 bpd, a milestone it had not expected to reach until next month.

Russia has said it would make a daily reduction of 300,000 barrels by April or May.

Saudi Arabia has already exceeded its target with an output reduction of more than 500,000 bpd, Falih said, while Algeria and Kuwait have also cut to levels beyond their targets, Bloomberg reported.

Other OPEC members such as Iraq and Venezuela have not yet reached their quotas but say they are more than halfway there.

Under the deal, it agreed to reduce output to 32.5 million bpd. However that includes about 740,000 bpd from former member Indonesia, media reported.

The deal is renewable for an additional six months but Falih said earlier this month that an extension was "unlikely".

The producers have created a Joint OPEC-Non-OPEC Ministerial Monitoring Committee (JMMC) to track compliance, which met Sunday for the first time.

A statement published afterwards said that the JMMC expressed its satisfaction regarding the strong level of commitment to the agreed framework.

The gathering focused mostly on how compliance will be assessed, agreeing to produce regular reports and updates and share analyses among producers.

Novak said, "We started to trust each other better, which is just as important as the market re-balancing.”

"One year ago not many believed in the success of this initiative."