Port-Au-Prince (Reuters): About two thousand people took to the streets of Haiti’s capital on Monday to protest comments attributed to US President Donald Trump about the nation being a “shithole” country, which caused uproar in the world’s first independent black republic.

Trump denied using the word to describe Haiti and African countries during a meeting on immigration earlier this month, but his account was contradicted by others, including Democratic Senator Richard Durbin, who attended the talks.

The reports provoked widespread outrage and fierce criticism globally, and the Haitian demonstrators participating in the first major street protest in the Caribbean nation since Trump’s alleged remarks pilloried the U.S. president.

“Trump is a vulgar racist, and a racist is a very poor-minded person,” said Marvel Joseph, holding a Haitian flag. “We don’t feel any resentment against the American people, who we know largely disapprove of Trump’s behavior in the White House.”

Protesters brandished posters of Donald Trump sporting an anus where his mouth was supposed to be, and other caricatures of the president making reference to the body part. 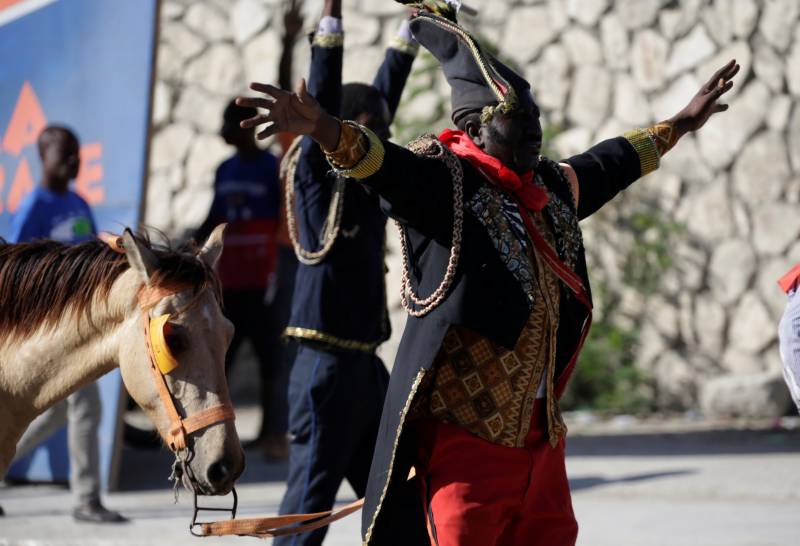 Trump denied being a racist after the controversy broke.Prominent in the protest were opposition groups critical of President Jovenel Moise, whom they accuse of failing to do enough personally to condemn Trump over the reported comments. Moise too was criticized during the protest. 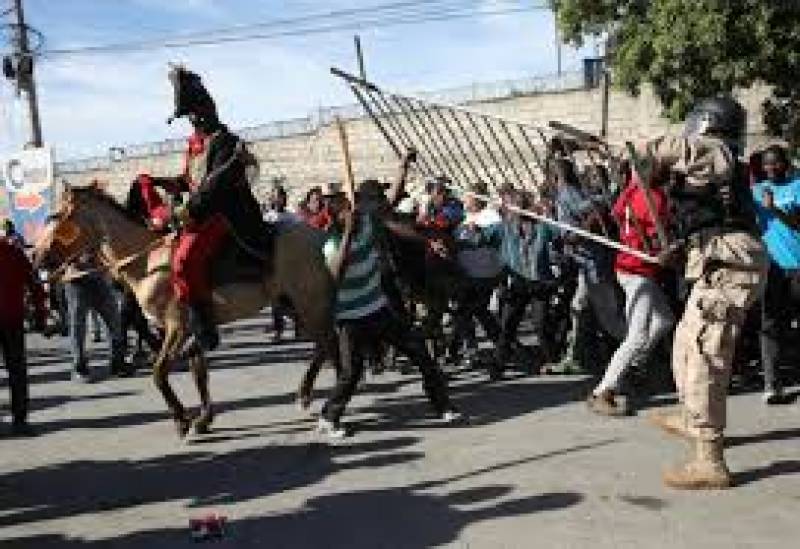 “Jovenel Moise should step down because he is part of the reason why Trump believes he is allowed to trash talk the country,” said Stephane Cambry, a supporter of the opposition Pitit Dessalines Party.

Haiti’s government condemned the remarks attributed to Trump, as did the Haitian ambassador in Washington.

The demonstration was supposed to end outside the US embassy where organizers planned to make a statement, but they were prevented from accessing the immediate perimeter of the building to avoid potential clashes, police officials said.

Trump’s reported comments were roundly condemned in Haiti, though some people declined to participate in the protest arguing that it was a partisan, opposition-sponsored event. The demonstration unfolded without any major incidents.