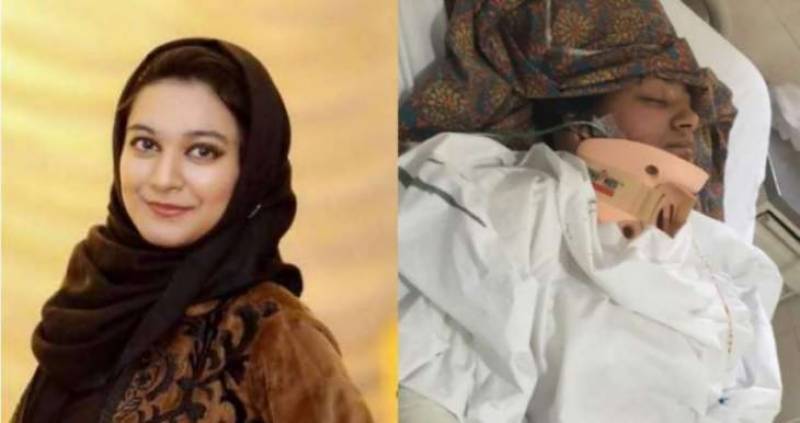 Islamabad (Staff Report): Police on Wednesday arrested Shah Hussain, who stabbed law student and classmate Khadija Siddiqui 23 times in Lahore in May 2016, after the top court overturned the Lahore High Court (LHC) verdict regarding his acquittal.

Declaring LHC's LHC’s verdict null and void, the Supreme Court ordered Shah Hussain's arrest and upheld a decision of a sessions court to sentence him to five years in prison.

Khadija is currently studying in the United Kingdom and arrived in Islamabad earlier this week to attend the hearing.

Speaking to the media after the hearing, Khadija said “The decision today proves that one has to pay for misusing their power.” She also thanked the media for giving day to day coverage to the case.

On May 3, 2016, Khadija was stabbed 23 times by Shah Hussain, her classmate on Lahore’s Davis Road. He managed to flee from the scene of the crime but was captured on a mobile camera by an eyewitness.

After the registration of a case, the accused requested a sessions court for bail before arrest, which was turned down. Hussain, whose father happens to be a renowned lawyer, was aided by a number of other lawyers to flee from court premises after his request was turned down.

In September 2016, Hussain's lawyer once again challenged the sessions court verdict in the Lahore High Court, but the court maintained the earlier verdict.

Three days later the accused surrendered himself to police and was sent to prison. He remained behind bars for nearly two months and was subsequently released on December 1, 2016, after the sessions court granted him bail.

Khadija filed an appeal against the court's decision, but it was dismissed.