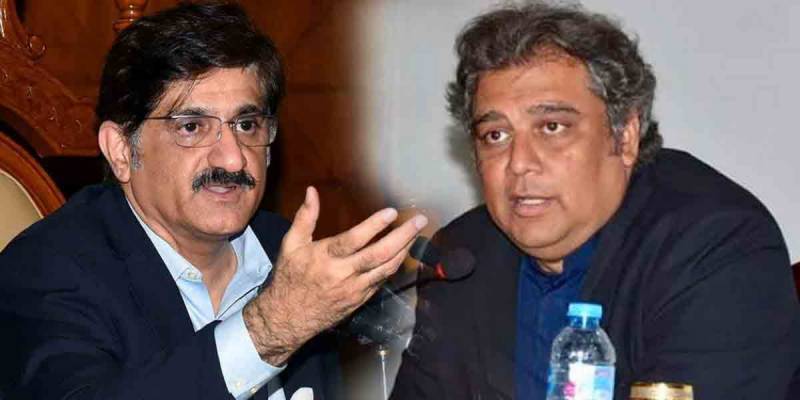 The information of the incident surfaced on Saturday after the letters of the Sindh CM and the federal minister came to the forefront.

The letter added that "Mr Zaidi's unruly behaviour, which under no stretch of imagination can be deemed as one expected from a Federal Minister, was ignored".

The Sindh CM in the letter further complained to the prime minister that this "is clearly not the first time Mr Zaidi had shown such arrogance and belligerence at public forums which is unbecoming of any citizen let alone a federal minister".

Registering his protest against Ali Zaidi's behaviour through the letter, Murad expressed hope that the prime minister's office "will take some action, and in future, maturity (to some extent), inter alia, will be seen as merit for appointments at such positions".

However, in a series of tweets on Saturday, Ali Zaidi, while presenting his point of view said that during a meeting on January 16, he requested Sindh CM Murad Ali Shah to include the devolution of organizations like SBCA and SWWMB to divisional levels as committed by him months ago.

“CM Sindh replied by saying that I’m not answerable to you” 3 times. So if Mr. Know it all feels he’s not even answerable to elected members of the National Assembly from his province then there was no further need for me to waste my time sitting in that meeting and I walked out”, Ali Zaidi said.

So if Mr. Know it all feels he’s not even answerable to elected members of the National Assembly from his province then there was no further need for me to waste my time sitting in that meeting.

And I walked out!

The federal minister, while sharing his and CM Sindh’s letter to PM Imran, said that Murad Ali Shah had the audacity to write to the PM and his letter shows nothing but arrogance and conceit”

“He does not even have the etiquette and manners on how to address the office of the Prime Minister.”

Zaidi added that a high-powered committee of Federal and provincial ministers, CM, Chairman NDMA, heads of various law enforcement agencies held multiple meetings just to discuss how to clean garbage from storm drains and remove encroachments all because of a corrupt provincial government that has looted for decades.

All b/c of a corrupt provincial Govt that has looted for decades! #pathetic

In September 2020, Prime Minister Imran Khan announced a development package of Rs1.1 trillion for Karachi under its transformation plan.