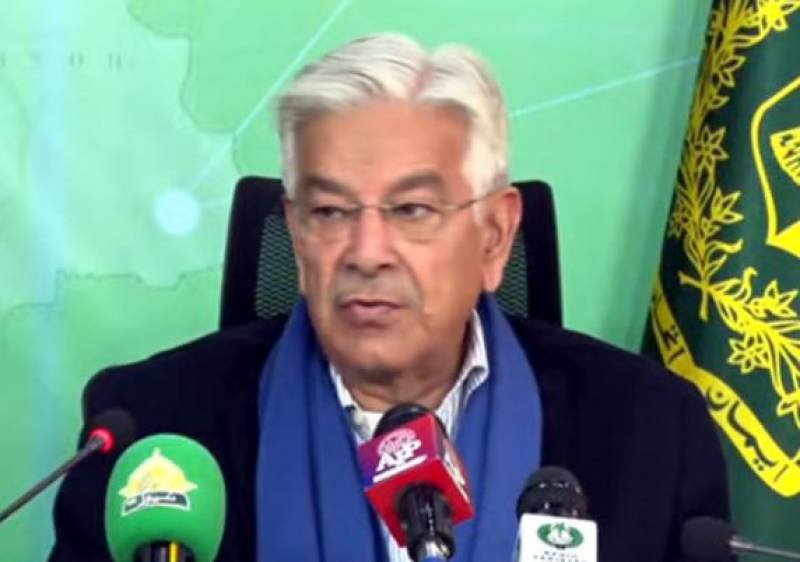 Islamabad (Web Desk): Minister for Defence Khawaja Muhammad Asif on Monday said that Pakistan Tehreek-e-Insaf (PTI) chief Imran Khan was heading gradually towards a complete political failure as all his decisions were proving wrong and miscalculated.

Addressing a news conferencein in the federal capital, the minister responded to Pakistan Tehreek-e-Insaf (PTI)’s objections and criticism on the appointment of Mohsin Raza Naqvi as interim Chief Minister Punjab and revocation of their resignations from the National Assembly.

The minister wished that under Naqvi's leadership, free and fair elections would be held in Punjab.

He also welcomed the Election Commission of Pakistan (ECP)’s decision being taken as per law and said that the entire process was done according to the constitution.

The minister clarified that the nominees presented by PTI and others did not have good exercise as one the nominee a serving government employee and the other was a dual national. “Their vetting was not good for these nominees. So that’s why they had to face humiliation in this case,” he added.

Moreover, the government’s nominees had one ex-civil servant and one media personality, Asif said, adding, that the PTI also gave the name of another honourable bureaucrat who himself apologised to take the task. "Hence the PTI’s objection on Naqvi’s appointment is a fake cry,” he said.

Khawaja Asif said that Pakistan Muslim League-Nawaz’s PML-N's narrative of giving respect to vote is intact as it is in accordance with the constitution.

Speaking about the regional security situation, the minister said that Pakistan is in contact with Afghanistan and Iran so that the territories of the three countries could not be used against each other by the terrorist groups.

Responding to a question, the minister said Pakistan has the safest nuclear programme and the country has the capability to protect it.

“We will continue to meet the international obligations,” the defence minister stated.