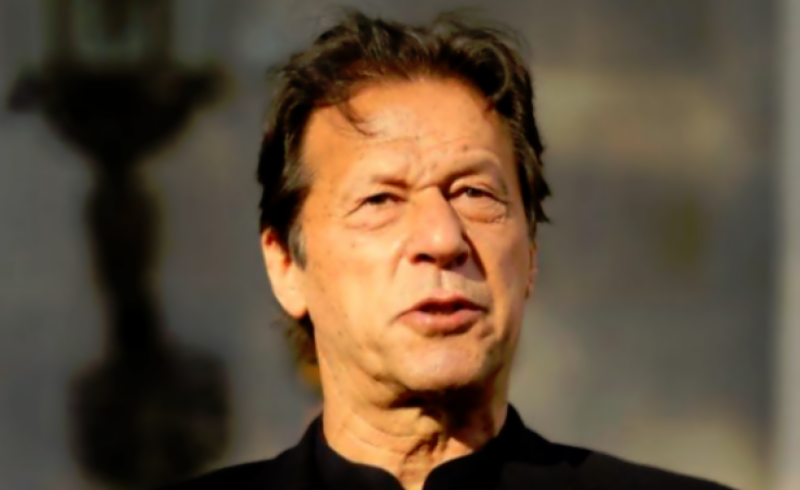 In a televised news conference on Monday, the former premier said his party would take to the streets from January 24 (Tuesday) to reject the appointment of a "corrupt" person in such a high-ranking office.

The PTI chief accused the Election Commission of Pakistan (ECP) of selecting the media mogul as interim Punjab CM to 'rig' the upcoming elections in the province.

Khan said that Naqvi has been appointed by the same people who redlined us beccause they will make all-out efforts to defeat PTI in the upcoming elections through rigging.

Khan alleged that Naqvi will appoint police officers and other bureaucrats who will rig the elections.

The former premier asked his supporters and party workers to stage protests outside ECP offices against Naqvi's appointment.

The PTI chief accused the ECP of causing irreparable damage to the country, saying that he is going to challenge the appointment of the caretaker CM in court.

“The role of caretaker set-up is like a “neutral umpire,” Imran Khan said, adding that the appointment of Mohsin Naqvi proved the partiality of the election commission.

The PTI chief's statement comes a day after the ECP appointed Naqvi as the caretaker Punjab CM after the ruling party and the opposition in the province failed to reach consensus on any name for the post.

Punjab Governor Baligh Ur Rehman administered oath to Naqvi at the Governor House in Lahore.

Earlier in the day, the ECP appointed Naqvi, a nominee of the opposition, as the caretaker Punjab CM.

The ECP, in a statement, said that a meeting chaired by Chief Election Commissioner (CEC) Sikandar Sultan Raja made the consensus decision to appoint Naqvi as the caretaker Punjab CM.

After the dissolution of the Punjab Assembly, former chief minister Parvez Elahi had suggested names of Ahmed Nawaz Sukhira and Naveed Akram Cheema for the post of caretaker CM, while opposition leader Hamza Shehbaz had proposed the names of Ahad Cheema and Mohsin Naqvi.