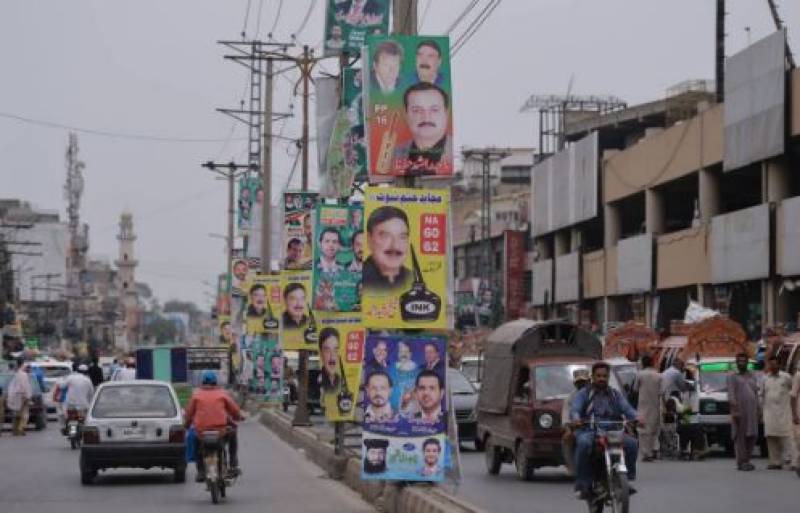 Islamabad (Staff Report/Agencies): The election campaign by political parties for general elections 2018 has ended across the country.

The campaign will end in accordance with section 182 of the Election Act of 2017.

According to an ECP official electronic and print media would also avoid telecasting or publishing advertisements for the purpose of political campaign.

No political party or independent candidate is allowed to continue poll drive after midnight.