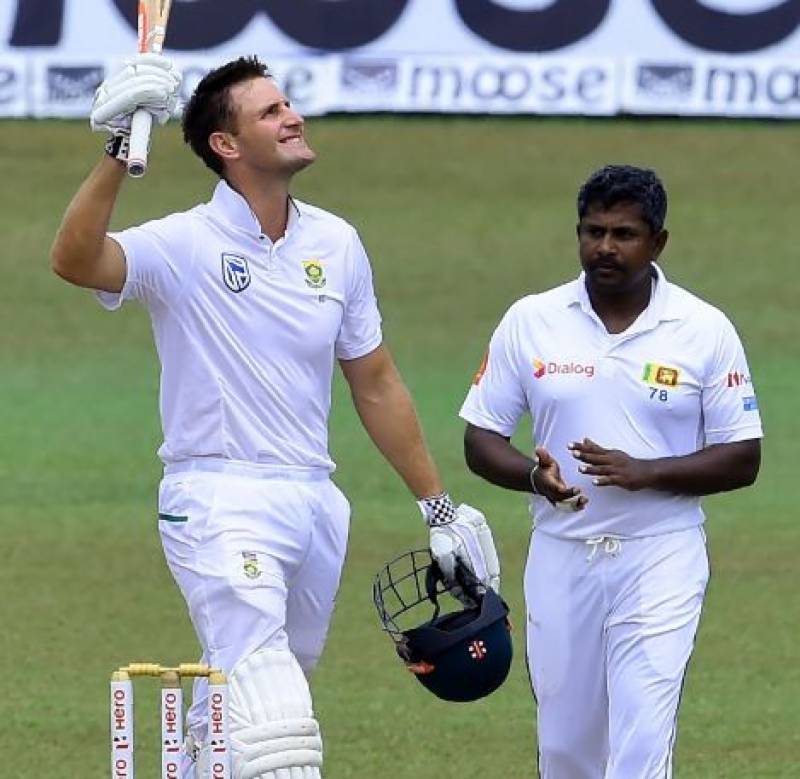 The visitors were all out for 290 in the second session of day four in Colombo, 200 runs short of their highly improbable winning target of 490 on a bone-dry wicket.

It was South Africa´s first Test whitewash since they went down in the island nation 2-0 in a two-match series almost 12 years ago.

Sri Lanka had wrapped up the first Test in Galle within three days, reducing South Africa to 73 in the second innings -- their lowest Test total since readmission to international cricket.

"Right through the series we didn´t have that ability to score partnerships. I think we only had three partnerships of 50 and above the whole series," Faf du Plessis, South Africa´s crestfallen skipper, said Monday.

"But once again you have to give credit to the opposition. They were able to put us under pressure for long periods of time and therefore we made a lot of mistakes," he said.

"In hindsight I think we definitely would have played a second spinner. Our thinking was on this surface that the ball would reverse (swing) but there was zero reverse swing this innings."

In the second Test, Sri Lanka scored 338 in their first innings and South Africa could only respond with 124 as versatile off-spinner Akila Dananjaya made hay, taking five wickets.

The hosts then scored 275 for five before declaring halfway through the afternoon session on day three, setting the visitors a highly improbable victory target.