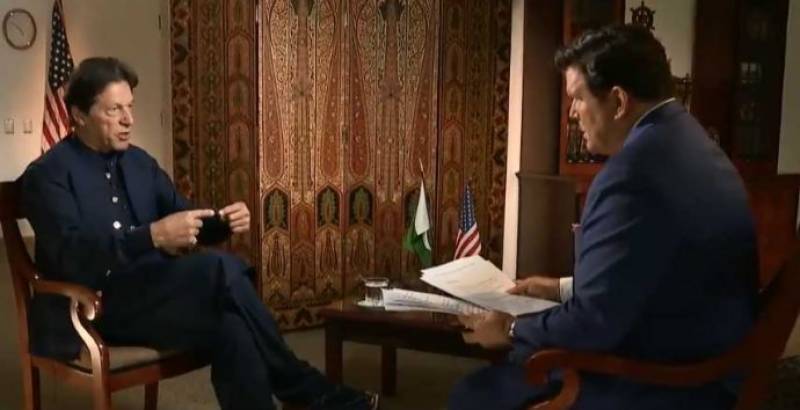 Washington (Web Desk): Prime Minister Imran Khan has said nuclear war is not an option and India must abandon its nuclear weapons, the Radio Pakistan reported.

In an interview with Fox News, PM Imran said if India complies with this demand Pakistan will also not use nuclear weapons.

He said Pakistan has a comprehensive and effective nuclear command and control system.

The PM said that the armed forces of Pakistan are professional forces and are fully capable of dealing with every challenge.

Prime Minister Khan said the United States (US) is the only country which can play a role of mediator between India and Pakistan to resolve the issue of Kashmir. He said that prisoner swap issue could be discussed with the US.

The PM said Pakistan and the US were important allies in the war on terror and both the countries suffered loss due to mistrust in the past.

“Only elections could bring peace in Afghanistan as the US has been fighting a war in the country for the last four decades but failed to bring peace in the war torn country,” the PM said

Talking about US-Iran standoff, the Prime Minister Imran Khan said that it could affect the peace and economy of the region.