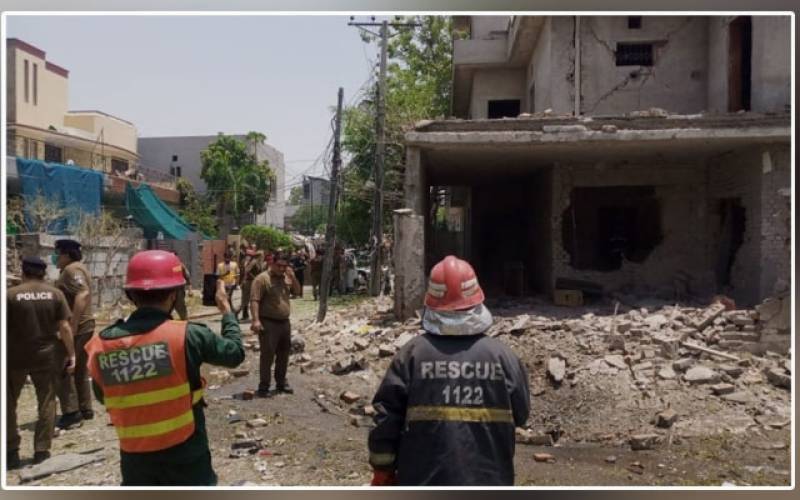 Lahore (Staff Report/Agencies):  Three persons were killed and at least 17 others were injured in an explosion occurred in Lahore’s Johar Town area on Wednesday.

According to rescue officials, the injured included one police official, a woman, and two children.

The Jinnah Hospital management has asked people to come forward and donate blood for the injured, adding that treatment is being provided to the wounded.

The explosion damaged vehicles parked near the spot and windowpanes of nearby buildings were shattered. The sound of the blast was so loud that it was heard in faraway areas.

Police have cordoned off the area for further investigation while traffic has been redirected.

Lahore CCPO Ghulam Mehmood Dogar, in a statement, said that the injured were being taken to Jinnah Hospital. “The nature of the blast is being determined,” the statement read.

Punjab Chief Minister Usman Buzdar and Interior Minister Sheikh Rashid Ahmed have taken notice of the blast, and directed the IGP Punjab to investigate the incident and submit a report.