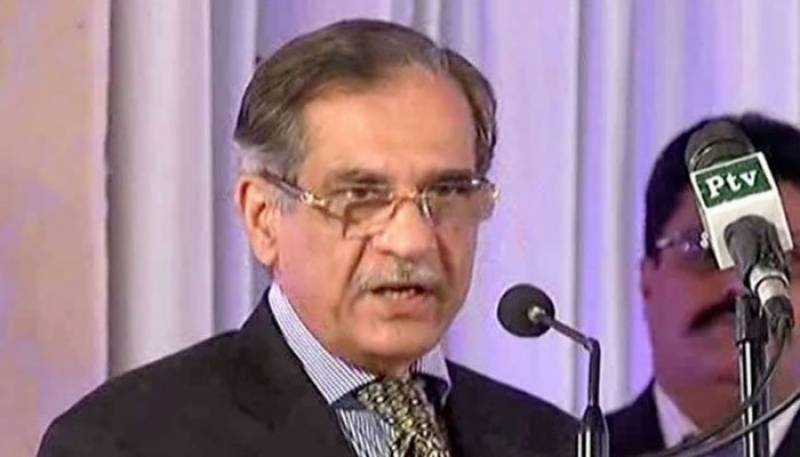 Lahore (Staff Report): Chief Justice of Pakistan Justice Saqib Nisar on Friday said that there is no space in the country's Constitution for a judicial martial law.

Chief Justice Nisar addressed a Pakistan Day event in Lahore Cathedral Church, where he asserted, “There’s no question of judicial martial law in the Constitution and there’s no martial law from the inside or outside.”

The chief justice stressed today, “Anything considered above the Constitution will not be tolerated.”

He claimed that Pakistan is a democratic country and democratic stability would be ensure for the rule of law and justice.

CJP said, prosperity can be achieved under a leadership while indiscriminate justice under free judiciary is only possible through rule of law.

Justice Saqib Nisar said, “We are fortunate to have a separate independent state and being a nation we should ready for every sacrifice for the security of the state.

It is pertinent to remember that the comments come after calls from political leaders for judicial intervention with regards to the caretaker government setup prior to general elections.