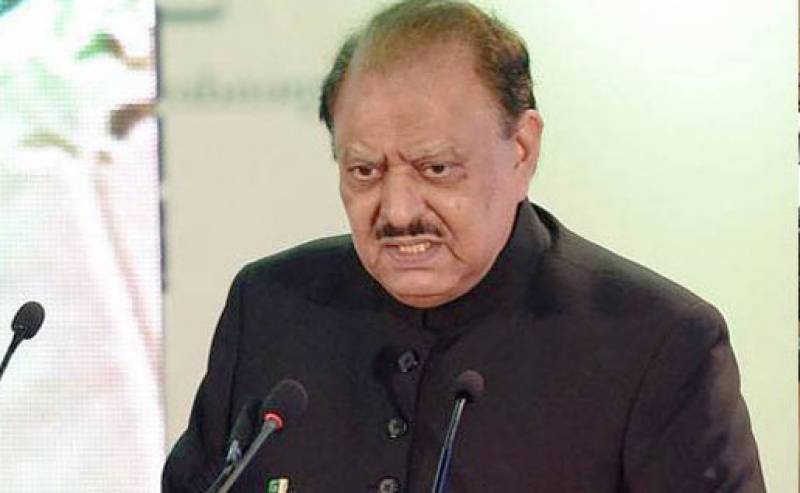 Islamabad (Staff Report): President Mamnoon Hussain addressed the Pakistan Day event at Parade Ground in the federal capital on Friday, and said that cooperation from Pakistan’s side for the sake of peace should not be taken as a weakness.

At first, the president welcomed Sri Lankan President Maithripala Sirisena as the guest of honour, who has flown to Pakistan especially for the occasion.

During his address the president warned India to stop its atrocities along the border.

The president said, the Indian forces’ violation of human rights in occupied Kashmir and killing innocent civilians across the Line of Control (LoC) and Working Boundary is direct threat to the regional peace and stability.

The president expressed that the peace in Pakistan was destroyed in the country in the last three decades but military operations, including Zarb-e-Azb and Radd-ul-Fasaad, to eliminate anti-social elements.

While concluding his speech the president paid tribute to the martyrs of the country and advised the officers to fulfill their duties with courage and honesty.

Moreover, he also announced a new medal, Tamgha-e-Azm, to laud the efforts of people because of which the country is prospering and the economy has started to flourish.

Earlier, the president also greeted the forces from Turkey, Jordan and United Arab Emirates that are taking part in the parade, saying Pakistan’s friendship with its allies will prosper in the coming days.