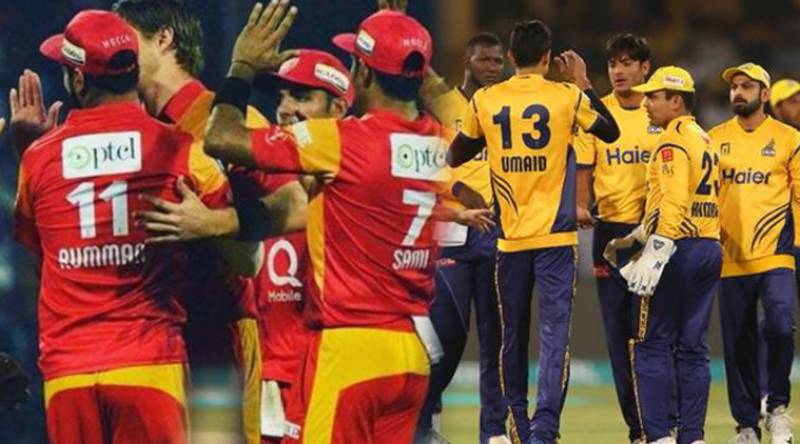 Lahore (Staff Report): The final match of Pakistan Super League 2018 between Islamabad United and Peshawar Zalmi will be played at Karachi on Sunday.

Islamabad United, who finished at the top of round-robin stage, qualified for the final after comprehensively beating Karachi Kings by eight wickets.

Peshawar Zalmi defeated Quetta Gladiators by a single run in the first eliminator. They went on to qualify for the final by beating Karachi Kings by 13 runs.

All tickets for the match were sold out in six hours.

The Pakistan Cricket Board (PCB), with the support of the Sindh Government, has decorated the city with posters of players from all six franchises and has lit up the area surrounding the stadium in order to increase the hype of the match.