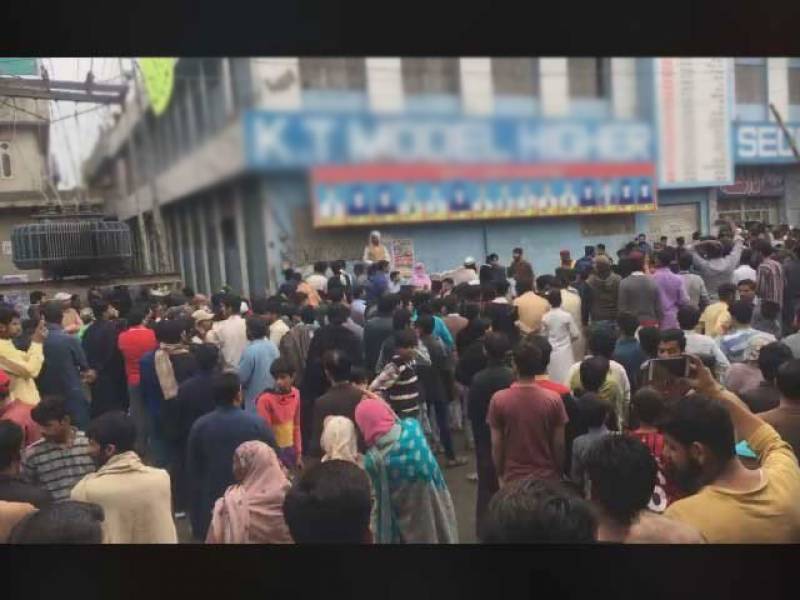 Gujranwala (Staff Report): At least six children and a teacher were died after a school wall collapsed in Gujranwala on Saturday.

According to rescue sources, the incident happened when Pakistan Day celebrations were underway in the private school located at the Kashmir Road.

According to the Deputy Commissioner of Gujranwala, the tragedy left at least 13 students injured, adding that most of the injured were in a precarious condition.

He said that principal of the institute Tariq Saeed fled from the scene after the incident.

Punjab Chief Minister Sardar Usman Buzdar took notice of the incident and expressed grief with the bereaved families. He also sought a report of the incident.