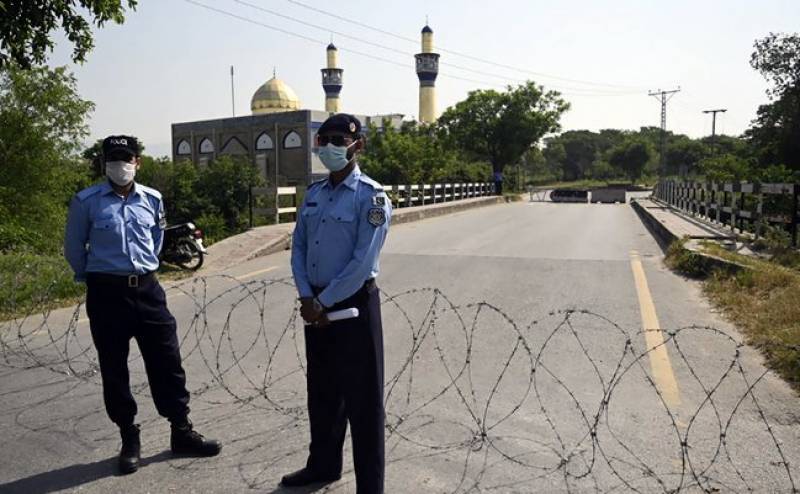 With the new cases, the total number of coronavirus cases in Pakistan reached 633,741 and the active cases in the country stand at 34,535.

The country’s death toll climbed to 13,935 after 72 people succumbed to the deadly disease.

On Monday, the National Command and Operation Centre (NCOC) announced a number of new restrictions as the positivity rate in various cities of the country surged more than eight percent.

Besides, Bahawalpur, Rawalpindi, Islamabad and Hyderabad are also included in the list.

“In the NCOC meeting this morning we decided to increase restrictions of activities contributing to sharp increase in covid positivity,: Minister for Planning and Development Asad Umar said in a tweet and added, “The provincial & ICT administration were also directed to tighten implementation of sop’s and crackdown on violations which are taking place.”