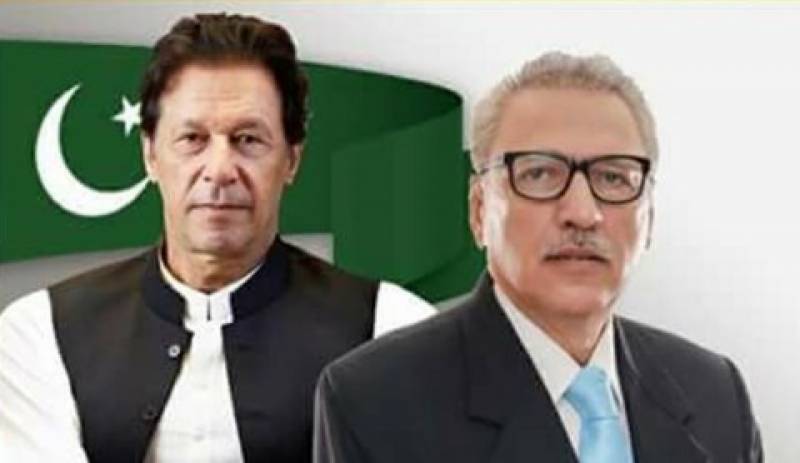 In their separate messages to the nation on this occasion, the president and the premier said that the day is not far away when Pakistan would become an economically strong and prosperous country.

In his message, President Arif Alvi said that Pakistan Day is a landmark day in the history of the sub-continent on many counts. On this day in 1940, the Muslims changed their demand from separate electorates to a separate state.

“On this historic day, therefore, it becomes our duty to pay homage to the founding fathers of this nation for taking timely and prudent political decisions. The demand for a separate homeland for Muslims has proved to be politically correct over time.”

He said the unlawful accession of Jammu and Kashmir with India, denying the right to self-determination to Kashmiris, human rights violations in the valley, forcible disappearances, persecution of minorities, communication blockade, and extra-judicial killings were sufficient grounds to believe that the leadership of that time had clearly visualised what was in store for them if they had remained at the mercy of the Hindu majority in undivided India.

"We need to stand united and collectively work for the unity and socio-economic development of the country to materialize the dream of our forefathers. May Allah be with us all. Ameen!,” the president said.

Prime Minister Imrsan Khan, in his message, said that 23rd March is the day for the nation to renew commitment to adhere to the principles of justice and equity; the real objectives of the creation of Pakistan.

“Today, we pay tribute to the Father of the Nation and all the leaders of the Freedom Movement who struggled for uniting the nation through their unparalleled sacrifices. It is important for our youth to note that Pakistan came into being through a long democratic struggle and now the key to its stability and development also lies in hard work, honesty and morality.”

“While commemorating this day, we need to adhere to the principles of Unity, Faith and Discipline given by Quid-e-Azam Muhammad Ali Jinnah, and rededicate ourselves to develop Pakistan as a truly democratic welfare State on the model of Riyasat-e-Madina.

On this day, it is pertinent to reflect upon the challenges confronting us as a nation.

Our Government has brought in long-term reforms and initiatives to alleviate poverty and promote justice.

Our focus remains on the marginalized segments of the society and to provide them equal opportunities. Kamyab Pakistan Program offers huge economic benefits for the youth, farmers, small scale business and low cost housing sector, PM Imran said, adding that flagship initiative of Qaumi Sehat Card will provide universal health coverage to all citizens, that is unprecedented in the history of our country.”

“We are now on the path to regain our past glory that was disrupted by previous regimes who gave importance to self-interests rather than national interest and welfare of the people. The struggle to eliminate corruption and improve moral standards would require the same persistence as our founding fathers persevered during the freedom movement,” he added.

"I pray to Almighty Allah to bless us with the strength to follow in the footprints of our great forefathers,” the PM Imran said.

Meanwhile, In his message on Pakistan Day, Federal Minister for Information and Broadcasting Fawad Chaudhary said that convening of the 48th meeting of OIC Council of Foreign Ministers in Islamabad on the occasion of its 75th anniversary this year is a clear demonstration of Pakistan's key role in the Muslim world.

Praying for the progress and prosperity of the country, he said the secret of Pakistan's development and stability lies in democracy.