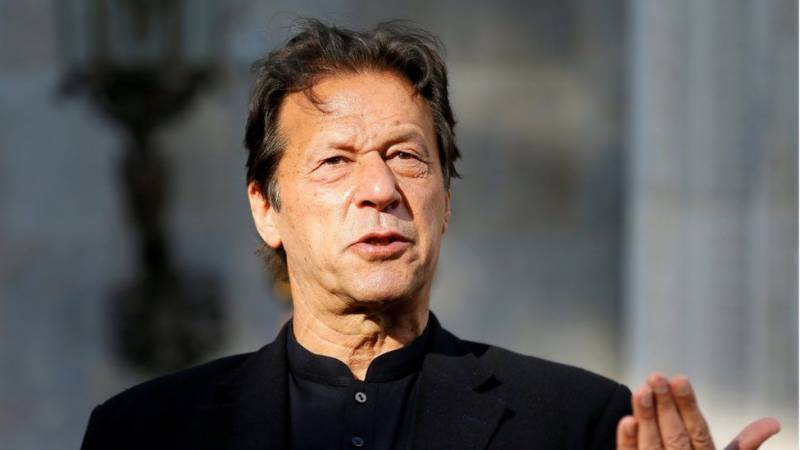 Islamabad (Web Desk): Prime Minister Imran Khan on Wednesday said that he will never resign and will give a big surprise to the Opposition in no-confidence motion against him.

Talking to newsmen in Islamabad, the premier said he would stand victorious in the "no-confidence match" and the opposition would be stunned over the loss of their votes in support of the no-confidence motion.

To a question, the prime minister asked whether he should give up even before the fight under the pressure of "thieves" and that this could be someone’s misunderstanding about him.

"The opposition parties had already shown their cards but the Pakistan Tehreek-e-Insaf (PTI) would give them a big surprise." Imran Khan said.

He said that the PTI was set to hold a historic gathering in Islamabad on March 27.

Calling the armed forces the "most precious asset" of the country, the premier said that Pakistan would have been disintegrated into three parts had there been no army.

He said the Pakistan Army was inevitable for the country therefore no one should malign the institution for sake of politics.

Calling Jamiat Ulema-e-Islam-Fazl (JUI-F) chief Maulana Fazlur Rehman a "twelfth player of the politics," PM Imran said that the time for Fazl's exclusion from the team was nearing.

He said that the objective of the politics of Pakistan Muslim League-Nawaz (PML-N) and Pakistan Peoples Party (PPP) politics was just to conceal their own theft.

To a question, PM confirmed to have met with former interior minister Chaudhry Nisar Ali Khan as he had 40-years old association with him.

Meanwhile, speaking to media, Federal Minister for Interior Sheikh Rashid Ahmad said that the prime minister has "a lot of cards" to defeat the no-trust move.

He said that said the session of the National Assembly will be prorogued on the first day on account of the death of a lawmaker.

The minister added that the vote on the no-confidence motion could be held between March 30 and April 1.

Sheikh Rashid said that the PTI's rally in the federal capital on March 27 will prove how many people stand with the premier.

The minister said he hoped that the allied parties will stand with the PTI government to foil the no-confidence motion against PM Imran.