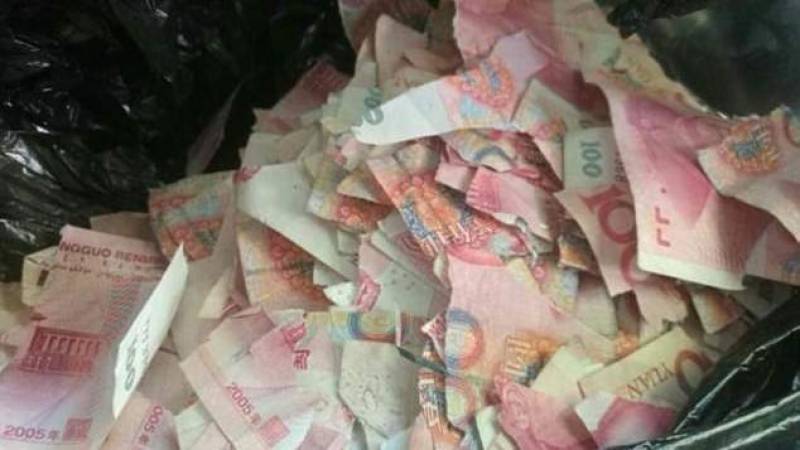 China (Web Desk): In China a child had been playing with the notes before tearing them into pieces.

According to details, a father in China was shocked to return home to the pile of torn cash worth £5,500 (Dh26,262). His five-year-old son was left alone at home, had found the hidden cash and had been playing with the notes before tearing them into pieces.

The father, Gao, went to the bank to get the money exchanged but was asked to reconstruct the cash before having them exchanged.

According to an international media, workers at the bank told him he would have to stick all of the pieces together before they would give him fresh cash.

The father said, "The pieces are too small making it impossible to reconstruct them. I carefully tried for two days, but really can only put together a few. Some were torn into three pieces while others were torn into a dozen."

The details show Gao, who is a businessman, had taken the money as loan from the bank.

U18 National Hockey Championship: Semi-finals to be played in Lahore ...