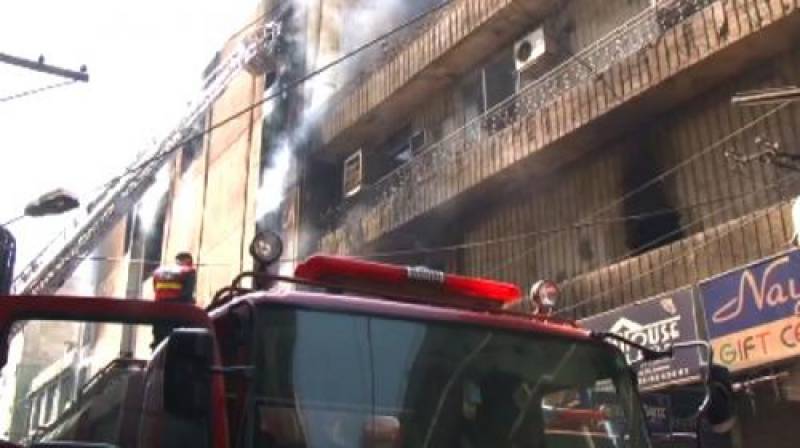 Lahore (Web Desk): Fire erupted in a a commercial plaza in Barkat Market situated in the Garden Town area of Lahore in the wee hours of Tuesday.

According to the reports, rescue teams are at the site of the incident and at least six fire vehicles remained busy in dousing the flames that has been under control, however, the process of cooling is underway.

The rescue officials said, the cause of the fire is yet to be unknown and if any people are inside the building.