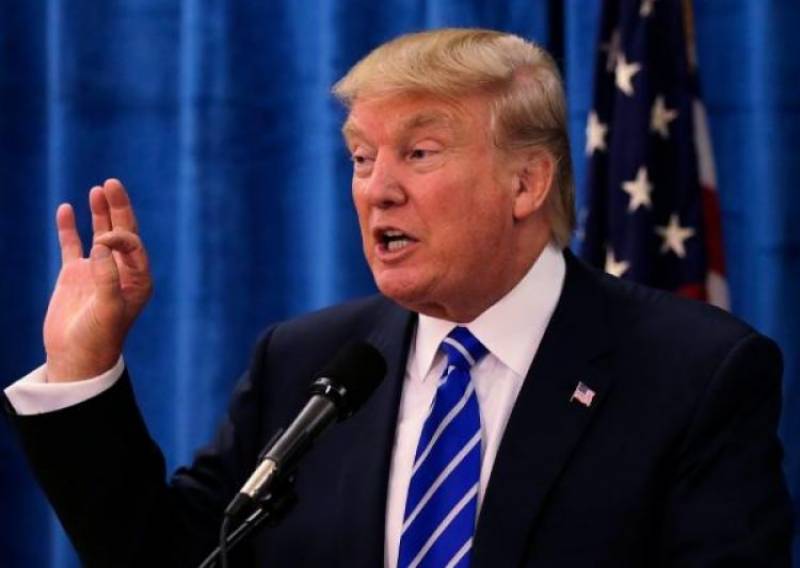 Washington, U.S., (Reuters): The Trump administration’s budget proposal would convert some of the United States’ foreign military grants to loans, part of a larger effort to slash spending on diplomacy, aid and programmes abroad by more than 29 per cent, the White House spokesman said on Monday.

Mick Mulvaney, the director of the White House Office of Management and Budget, in a briefing with reporters on Monday said that aid to Pakistan would be reduced, though he did not give concrete details.

He further stated, “[The] State [Department] still has some flexibility to come up with a final plan on that, but I do know that writ large we have proposed to move several countries from a direct grant programme to a loan guarantee programme.”

US military assistance to partners and allies reached $13.5 billion in 2015, or 28 per cent of all US foreign aid spending that year, according to the Congressional Research Service. Most grants through the Foreign Military Financing [FMF] programme go to Pakistan, Israel, Egypt, Jordan and Iraq.

The cuts to programmes under the State Department are in part meant to fund an increase in military spending. The White House budget documents showed total defence spending for the 2018 fiscal year at $603 billion, about 3 per cent higher than President Barack Obama’s proposed 2018 fiscal year defence budget.

The $603 billion includes funding for nuclear weapons programmes at the Department of Energy and other national defence programmes as well as the Department of Defence. The Pentagon’s specific defence request is for $574.5 billion, an increase of 4.6 per cent compared to fiscal year 2017.

Under President Donald Trump’s proposal, the United States would spend 29.1 per cent less on the State Department and “other international programmes” in the 2018 fiscal year compared to 2017, a decrease of US$11.5 billion. That decrease includes a re-shaping of the way some countries receive military aid from the United States.

Foreign military financing gives countries loans or grants to buy US military equipment. The State Department decides which countries are given the financing while the Pentagon executes the decisions.

Under the Trump proposal, many current grants would instead be converted to loans. “We do change a couple of the foreign military programmes from direct grants to loans,” said Mulvaney.

“Our argument was instead of … giving somebody US$100 million, we could give them a smaller number worth of loan guarantees and they could actually buy more stuff.”

Military aid to Israel and Egypt, two close US allies in the Middle East and the biggest recipients of US military assistance, will remain unchanged, Mulvaney said.

Congress ultimately controls the government purse strings and may reject some or many of the Trump administration’s proposals. Republicans and Democrats in Congress have criticised the size of the cuts to the State Department and US Agency for International Development.