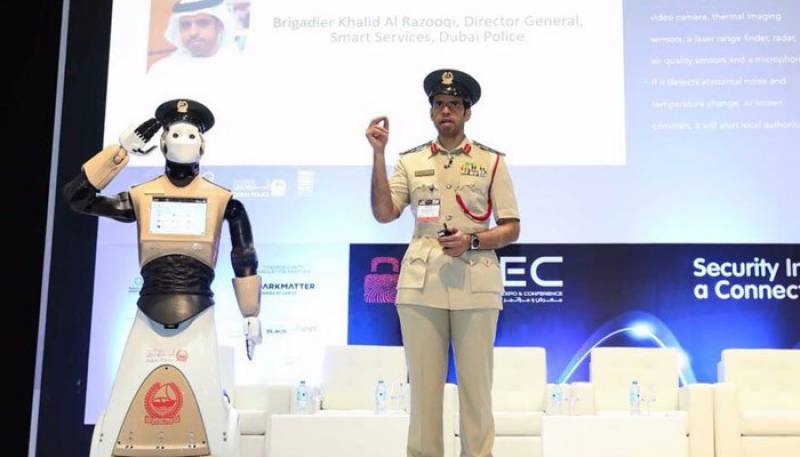 According to Dubai police, the Robocop is 170 centimetres tall and weighs 100 kilogrammes and is fully equipped with an emotion detector that can recognise gestures and hand signals from up to 1.5 metres away.

The police also stated that the robot can even detect a person's emotions and facial expressions whether the individual is happy, sad or smiling. It also has the ability to change its expression and greet people accordingly. While taking to media, Dubai Police Smart Services spokesperson Fatima revealed that Robocop can recognize the face of wanted people and would be able to send the information to police control room to take quick action. The official further stated that the RoboCop can also chat and interact, respond to public queries, shake hands and offer a military salute. With a built-in tablet device, it will allow residents to complete smart police services by using credit cards for payments.