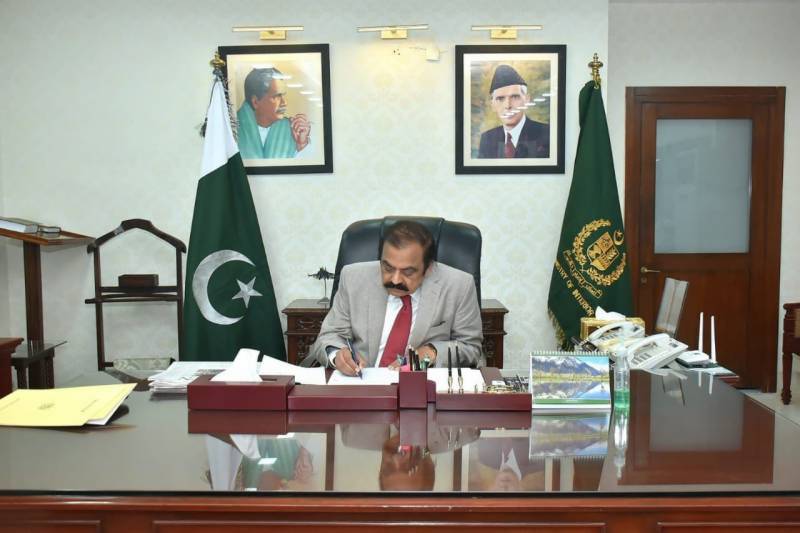 Rana Sanaullah said, “If coalition parties come to a decision of not allowing PTI to hold the long march, then I will not let them [PTI leaders] to even come out of their homes.”

Former prime minister and PTI Chairman Imran Khan on Sunday announced that his party will hold Islamabad long march on May 25.

Addressing a press conference after PTI’s core committee meeting, the former premier urged people from all walks of life and especially women to joining the long march and would remain in Islamabad for as long as it would be required.

“On the 25th [of May] I will meet you in Islamabad on the Srinagar Highway,” Imran said addressing his supporters and party workers. “You have to reach there at 3pm. I invite all the women because I’ve seen your anger. I had never seen that before.

“I want our entire nation to come to Islamabad, on Srinagar Highway for the Haqiqi Azadi March on 25th May where I will meet you at 3 pm. I will be leading the March from KP InshaAllah,” Khan said in a tweet.

Imran Khan said the main demands for the march to the capital were the immediate dissolution of the National Assembly and a date for the next general election.