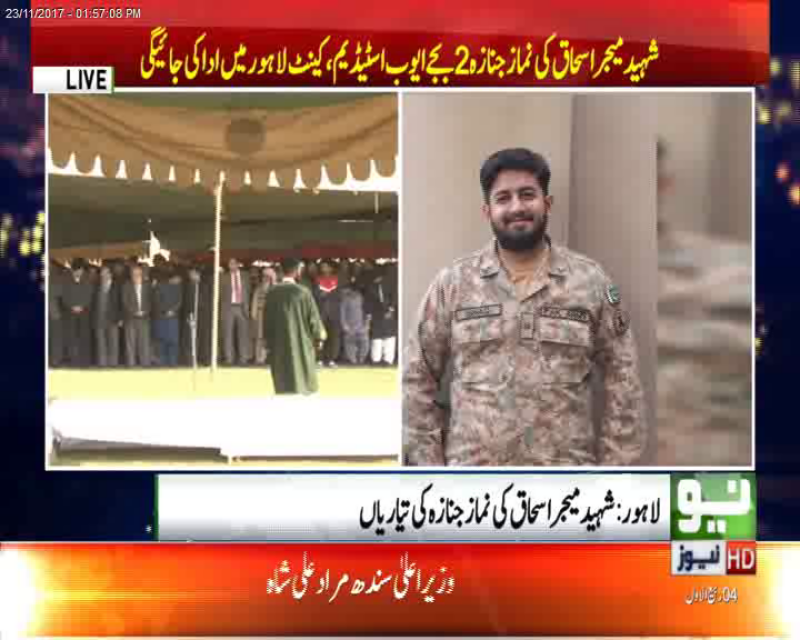 Lahore (Staff Report): Funeral prayer for Major Ishaq, who embraced martyrdom during a search operation in Dera Ismail Khan, has been offered at Ayub Stadium in Lahore on Thursday.

The price we are paying in love for Our Motherland. Your sacrifices shall neither go in vain nor shall these be compromised. pic.twitter.com/Qw2cVBA9Mu

Major Ishaq will be laid to rest with full military honours at the Shauda Qabristan. The 28-year-old martyr has left behind a widow and an infant.