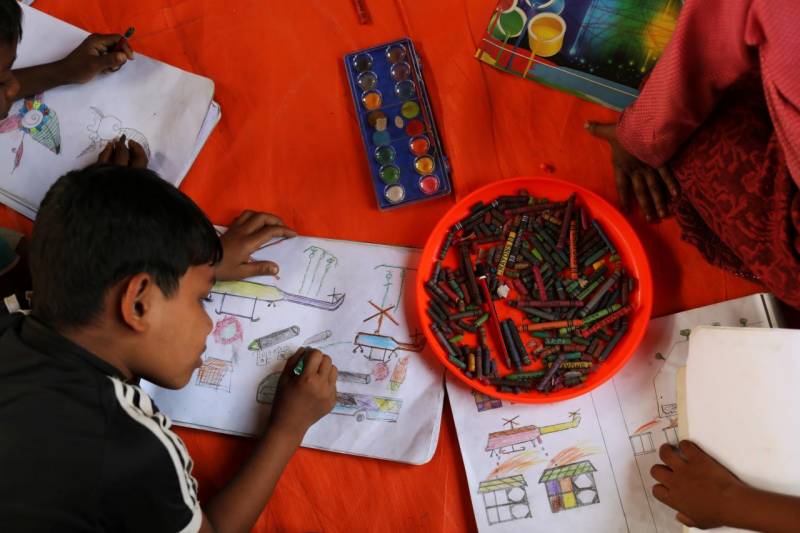 Naypyitaw (Reuters): Myanmar expects to sign an accord on Thursday over terms for the return of hundreds of thousands of Rohingya Muslims who have fled to Bangladesh, a government official said, amid concern that Myanmar’s powerful generals could prove obstructive.

Rights groups have accused the military in mostly Buddhist Myanmar of carrying out mass rape and other atrocities during a counter-insurgency operation launched in late August in retaliation for attacks by Rohingya militants in Rakhine State.

On Wednesday, the United States said the military operation that drove 620,000 Rohingya to seek sanctuary in neighboring, largely Muslim Bangladesh, amounted to “ethnic cleansing”, echoing an accusation first leveled by top UN officials in the early days of the humanitarian crisis.

In a further warning to Myanmar’s military, the US Secretary of State Rex Tillerson raised the threat of targeted sanctions against those responsible for what he called “horrendous atrocities”.

Citing fears of a backlash against Tillerson’s comments, the US embassy in Myanmar on Thursday suspended official travel to parts of Rakhine until Dec. 4 and warned citizens against visiting the areas.

For now though, Myanmar is seeking to ease international pressure by striking an initial agreement on returns, while Dhaka wants to ensure overstretched refugee camps that have mushroomed in the Cox’s Bazar region don’t become permanent.

In addition to the talks on the Rohingya who have fled since Aug. 25, Bangladesh was also likely to raise the plight of hundreds of thousands of Rohingya sheltering in Bangladesh following previous spasms of violence in Myanmar.