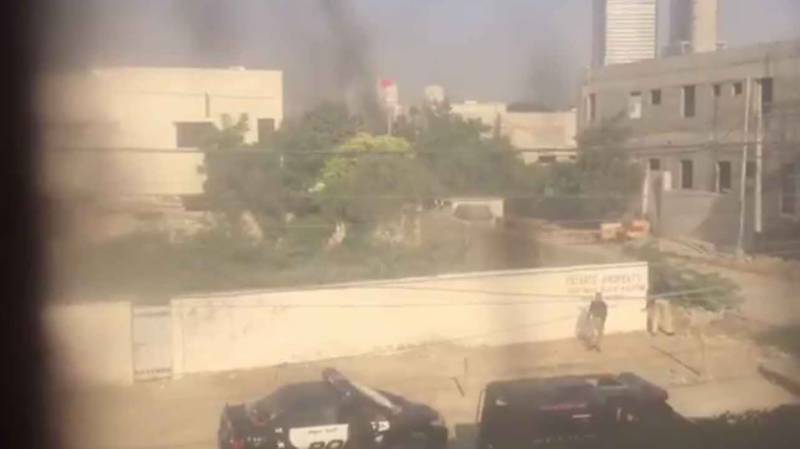 Karachi (Staff Report): At least two policemen were martyred in an attack on the Chinese Consulate General in Karachi on Friday.

One person has also been admitted to the hospital in critical condition, he added.

Jinnah Hospital spokesperson Dr Seemi Jamali confirmed that two bodies were brought to the hospital and said the injured guard is in critical condition.

Heavy contingents of police and Rangers have been deployed at the site of the incident and roads leading to the consulate have been cordoned off.

Prime Minister Imran Khan has condemned the attack on the Chinese Consulate, terming it as a conspiracy against relations between the two countries. The prime minister also ordered an immediate inquiry of the attack.