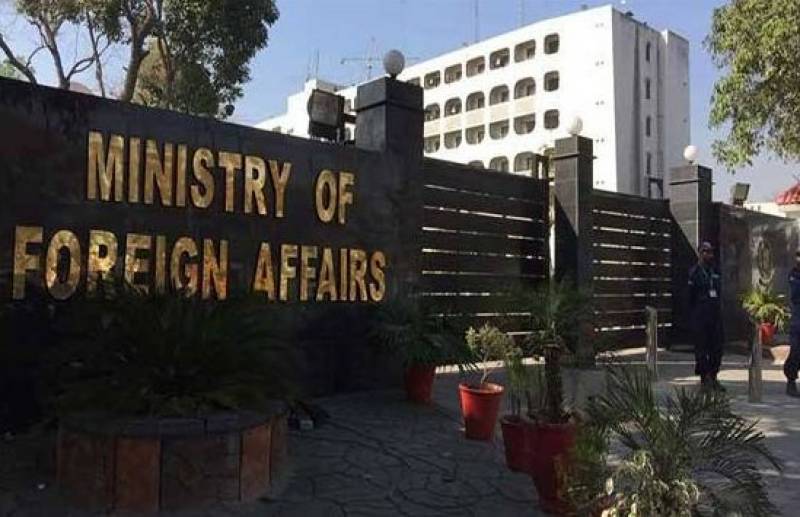 Islamabad (Web Desk): The Foreign Office (FO) on Saturday summoned Ambassador of Norway to convey deep concern of the government and people of Pakistan over the incident of desecration of the Holy Quran in the Norwegian city of Kristiansand.

Pakistan's condemnation of this action was reiterated in the meeting, the Radio Pakistan reported.

It was underscored that such actions hurt the sentiments of 1.3 billion Muslims around the world, including those in Pakistan, the FO said in a statement.

Furthermore, such actions could not be justified in the name of freedom of expression.

The Norwegian authorities were urged to bring those responsible to justice and to prevent the recurrence of any such incident in the future.

The Ambassador of Pakistan in Oslo has also been instructed to convey Pakistan's protest and deep concern to the Norwegian authorities.

He said that desecration of religion in the name of freedom of expression is condemnable.

The western countries should take steps towards checking such shameful acts, the minister added.

Meanwhile, Director-General of Inter-Services Public Relations (ISPR) Major General Asif Ghafoor has saluted the brave defender of Holy Quran, Ilyas, who took action and jumped of the fence and saved the Holy Quran from burning.

The DG ISPR in his post on Twitter wrote, “Salute to brave #Ilyas for displaying courage to stop an absolutely deplorable action. Such Islamophobia based provocations only promote hatred & extremism.

Salute to brave #Ilyas for displaying courage to stop an absolutely deplorable action. Such Islamophobia based provocations only promote hatred & extremism. All religions are and must stay respectable. Islamophbia is threat to global peace and harmony.#TheGloriousQuran#Norway pic.twitter.com/CRahq5mazf

A video surfaced on social media shows a Christian extremist burning a copy of the Holy Quran during an anti-Islam rally last week in the Scandinavian country when the light beard man jumped of a fence and hit him for his sacrilegious act.

The identity of the Muslim man is not known however he is being called Illyas on social media where he is now celebrated as a hero.