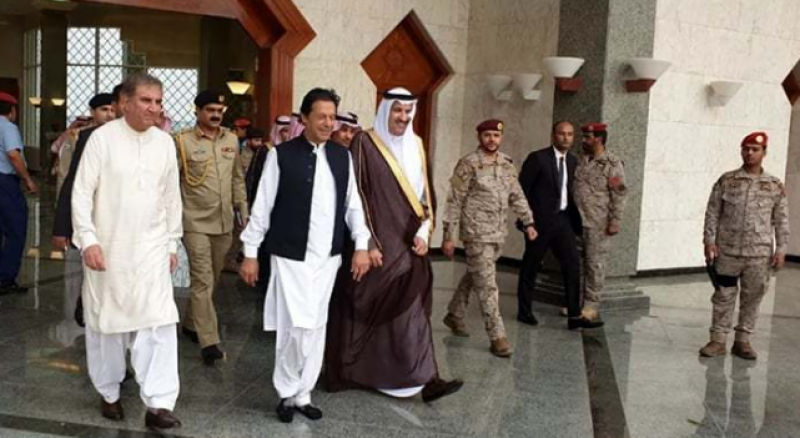 Riyadh (Agencies): Prime Minister Imran Khan is in Riyadh where he will participate in the three-day Future Investment Initiative Conference beginning today (Tuesday).

The PM arrived in Riyadh this morning on the second leg of his visit to the Kingdom after his overnight stay in Madina Munawara where he along with his delegation paid respects at Roza-e-Rasool (SAW) and offered Nawafils, praying for the peace and prosperity of Pakistan and the entire Muslim Ummah.

During his stay in the Kingdom, the prime minister will also call on King Salman Bin Abdel Aziz and meet Crown Prince Muhammad Bin Salman. Matters of mutual interest will be discussed.