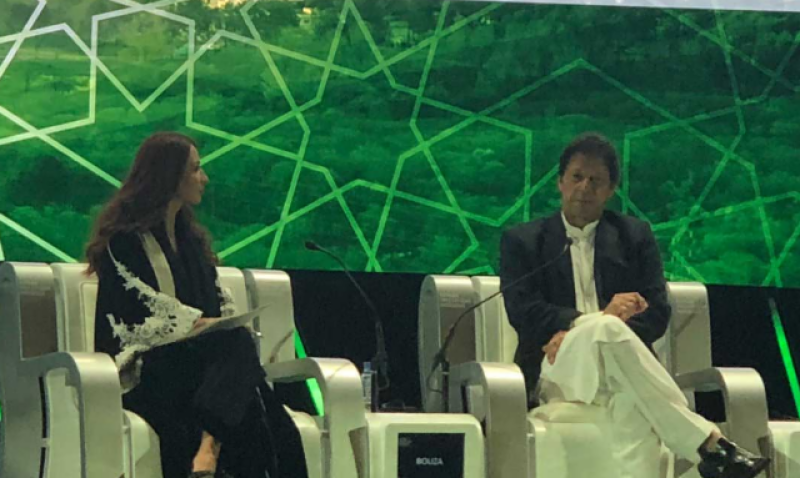 Riyadh (Agencies): Prime Minister Imran Khan has said that Pakistan is hoping to get loans from the friendly countries as well as the International Monetary Fund (IMF) to meet the current financing gap.

The PM said this during the question answer session at the three-day Future Investment Initiative Conference which began in Riyadh on Tuesday.

Imran Khan said that Pakistan’s government is negotiating with the IMF and the friendly governments for this purpose.

"After being in power for 60 days, the immediate concern for our government is to increase our exports so we can bolster our foreign exchange reserves." , PM Imran said.

The PM warned that the next three to six months will be difficult for Pakistan’s economy as the institutions were destroyed by corrupt people in top.

Imran Khan vowed that his government is taking measures to increase exports.

"Pakistan's strength is overseas Pakistanis and we have to make conditions favourable for them to invest in the country," the PM said.

He said the government needs Pakistanis to send remittances through banking channels. "We need to clamp down on money laundering", he asserted.

The prime minister announced that his team is working to create a favourable environment for investment in the country and his government will introduce a one-window operation for it.

"Pakistan is a country with great potential and is one of the most diverse countries in the world," he said. "We have one of the biggest copper reserves," he upheld. He announced that this is the best time for investors to come to Pakistan.

The PM further said that Pakistan wants to give incentives to people in energy sector. Imran Khan maintained that "Pakistan’s biggest resource are its people below the age of 30.

Earlier in the morning, the PM arrived in Riyadh this morning on the second leg of his visit to the Kingdom after his overnight stay in Madina Munawara where he along with his delegation paid respects at Roza-e-Rasool (SAW) and offered Nawafils, praying for the peace and prosperity of Pakistan and the entire Muslim Ummah.

During his stay in the Kingdom, the prime minister will also call on King Salman Bin Abdel Aziz and meet Crown Prince Muhammad Bin Salman. Matters of mutual interest will be discussed.