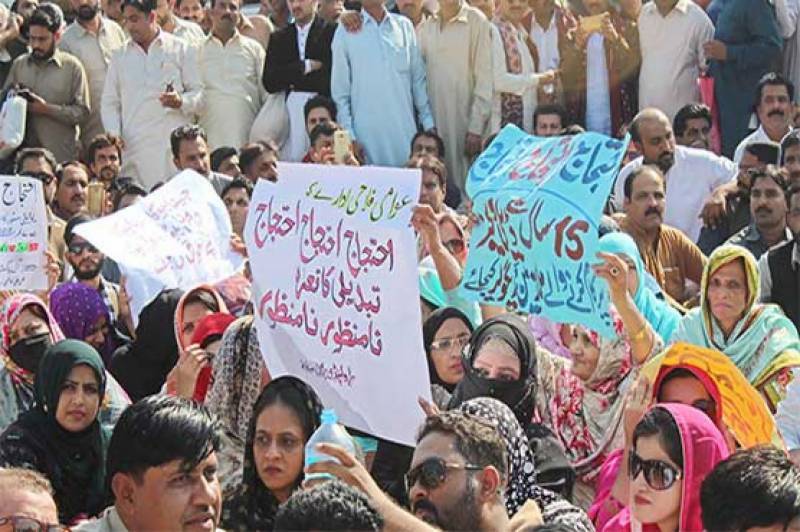 On Monday, hundreds of the Utility Stores Corporation employees on staged a protest against the possible closure of the stores and demanded permanent contracts.

The Utility Stores employees from across the country gathered at D-Chowk in Islamabad. They urged the government to clear the Rs2.76 billion subsidy claim pending for the previous seven years.

The protesters who wanted to proceed forward from the D-Chowk to Parliament House were barred by the police officials. The security officials also closed the roads leading to the Parliament House by place barbed wires.

The agitated employees also demanded permanent contracts and increments in their salaries.

They said the utility stores throughout the country will remain closed from today until their demands are accepted.

The protestors also warned of marching down on the Parliament House if the government ignores their demands.