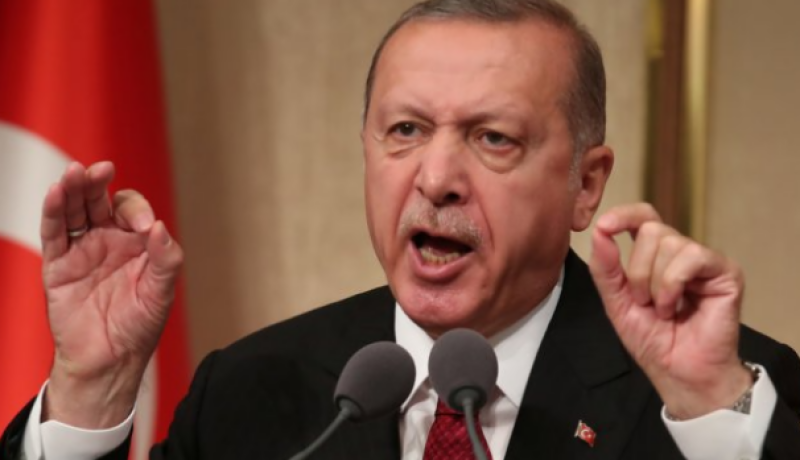 Ankara (Agencies): Turkish President Recep Tayyip Erdogan is expected Tuesday to reveal what he has said is the "naked truth" about the murder of Jamal Khashoggi at the Saudi consulate in Istanbul -- a killing Ankara has said was "savagely planned".

His speech comes as US President Donald Trump said he was "not satisfied" with Riyadh's explanation of the Washington Post contributor's death in a case has tarnished the image of powerful Saudi Crown Prince Mohammed bin Salman.

A tough critic of the Saudi Crown Prince, Khashoggi, 59, disappeared after he entered the Saudi consulate in Istanbul on October 2 to collect a document for his upcoming marriage.

A few days later, a Turkish government source said police believed he was murdered by a team sent to Istanbul, and on October 17, a Turkish newspaper said he was tortured and decapitated inside the consulate.

After more than two weeks of near silence, Saudi Arabia admitted on Saturday that Khashoggi was killed in an altercation at the consular office -- an explanation rejected by friends and foes alike.

Trump, who had said he found Riyadh's initial explanations credible, told reporters at the White House Monday: "I am not satisfied with what I have heard" since then, and expected to know more "very soon".

US Treasury Secretary Steven Mnuchin meanwhile met the Crown Prince behind closed doors in Riyadh for talks while CIA Director Gina Haspel headed for Turkey, although details of her trip were not immediately clear.

White House advisor and Trump son-in-law Jared Kushner said he had urged Prince Mohammed to be "fully transparent" stressing that "the world is watching".

The case has shone the spotlight on the Crown Prince, who was credited with spearheading a reform drive but is now accused of having ordered Khashoggi's murder -- a claim Riyadh denies.

And as further details of the killing continued to seep out, CNN broadcast images showing a Saudi official playing a body double for Khashoggi, wearing the journalist's clothes, exiting the consulate.

Omer Celik, spokesman of Erdogan's ruling party, said the killing "was planned in an extremely savage manner," and that "there has been a lot of effort to whitewash this".

An Erdogan adviser, Yasin Aktay, wrote in the Yeni Safak daily that Riyadh's version of events "feels like our intelligence is being mocked".

The security official heading a team of 15 Saudis allegedly sent to Istanbul, called the head of Prince Mohammed's office, Bader al-Asaker, "four times after the murder", the adviser added.

Abdulkadir Selvi, whose Hurriyet newspaper columns are closely watched for indications of Erdogan's thinking, wrote that Khashoggi was slowly strangled to death before a Saudi forensic specialist cut his body into 15 pieces while listening to music.

"We cannot close this file until the crown prince is brought to account and removed from his post," said Selvi.

Saudi Foreign Minister Adel al-Jubeir, a smooth former envoy to Washington, appeared on Fox News Sunday to blame a "rogue operation" by individuals who "exceeded their responsibilities" and then "tried to cover up for it".

With Khashoggi's remains still missing, Turkish police have found an abandoned car belonging to the Saudi consulate in an underground car park in the Sultangazi district of Istanbul, state media said.

Erdogan has stopped short of directly pointing the finger at Riyadh. Analysts say he preferred to authorise the leak of incriminating information to pro-government media to put pressure on the kingdom.

He has twice held telephone talks with King Salman on the crisis, interpreted by some as sidelining the ageing monarch's son Prince Mohammed.

'Justice must be served'

The timing of the controversy could not be worse for the crown prince as he prepares to host a key investment summit Tuesday, overshadowed by big name cancellations.

Dozens of executives from bankers Goldman Sachs and JP Morgan to ride-hailing app Uber to Western leaders like International Monetary Fund chief Christine Lagarde have pulled out of the three-day Future Investment Initiative (FII), dubbed "Davos in the desert".

The chief executive of German industrial conglomerate Siemens Joe Kaeser was the latest to cancel, saying "for now, the truth must be found and justice must be served".

Petrol giant Total's head Patrick Pouyanne, however, said he will attend the meeting as "empty chair politics" do not advance human rights.

Meanwhile German Chancellor Angela Merkel said Berlin would not export arms to Riyadh "in the current situation," despite Germany's approval last month of 416 million euros' ($480 million) worth of arms exports in 2018.