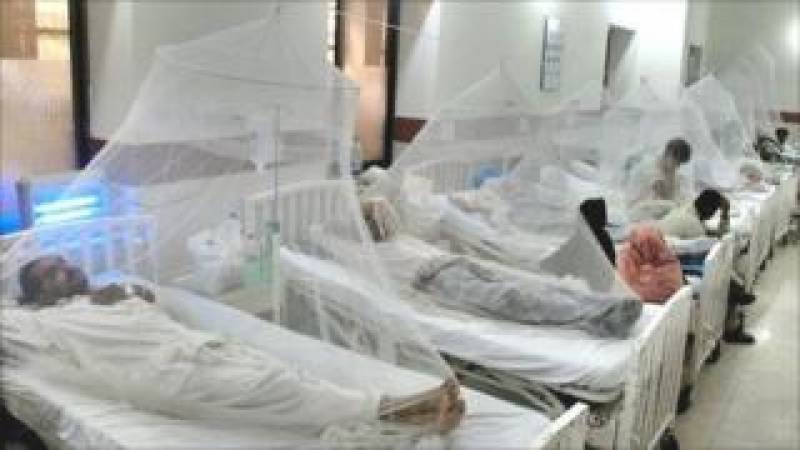 Islamabad (Staff Report/Agencies): More than 10,000 patients of dengue fever are currently being treated throughout the country, fearing a further increase in such cases in the next seven to 10 days, Prime Minister’s Special Assistant on National Health Services, Regulations, and Coordination Dr Zafar Mirza has confirmed.

While addressing a news conference here on Sunday, Dr Zafar said there were 10,013 dengue patients at present in the country; out of which 2,363 were in Punjab, 2,258 in Sindh, 1,814 in Khyber-Pakhtunkhwa and 1,772 in Balochistan.

He said the number of dengue cases had exponentially increased during the last 48 hours, fearing that the toll may further increase in the coming days.

The SAPM said that 70 per cent of the dengue cases in Punjab were reported from the Potohar region. A study would be conducted in the coming days to find out why the virus spread out so rapidly in this region, he added.

Dr Mirza said despite the federal government’s warning letter issued to all provincial governments on May 23, preventive measures were not taken in time to control the outbreak. He, however, maintained that the number of cases was still less than the previous years.

The special assistant added that two hotlines with contact numbers — 051-9212601 and 051-9216890 — would work round the clock and experts would respond to the dengue-related queries to the general public.

“An Emergency Centre had been established at National Institute of Health (NIH) ten days before and the entire statistics are available on the NIH website on a daily basis,” he assured.