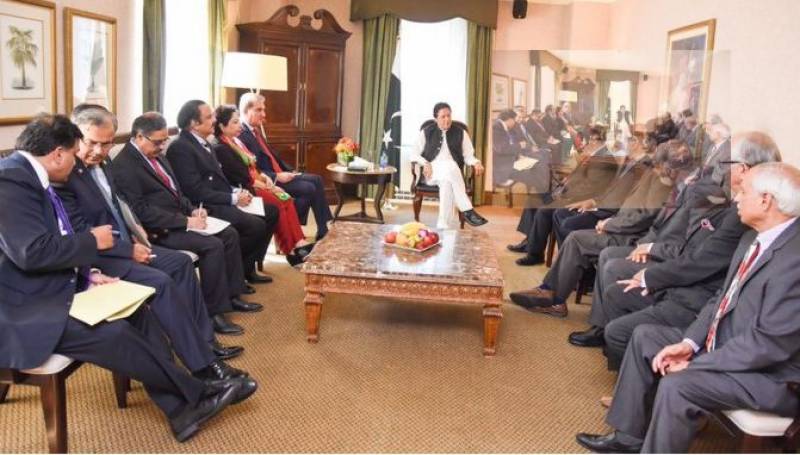 In a meeting with US Senator Lindsey Graham, PM Khan shed light on the deteriorating humanitarian conditions in Indian Occupied Kashmir (IOK), the Radio Pakistan reported.

Meanwhile, talking to a delegation of Kashmiri leaders from both sides of the Line of Control, PM Khan called for immediate lifting of curfew and other restrictions in Indian occupied Kashmir and resolving the Kashmir dispute according to the wishes of Kashmiris and UN Security Council resolutions.

Khan said he will continue to highlight the Kashmir issue at every forum and will fulfill his promise of being the Ambassador of Kashmir.

The PM shared his serious concerns over the continuing lockdown in occupied Kashmir since 5 August and the dire human rights and humanitarian situation resulting from it.

In their discussions, they noted that the situation in Indian occupied Jammu and Kashmir is very grim and serious and deteriorating by every minute.

The delegation informed the Prime Minister that the Kashmiri youth are being lifted from their homes in the night and their subsequent whereabouts are never known.