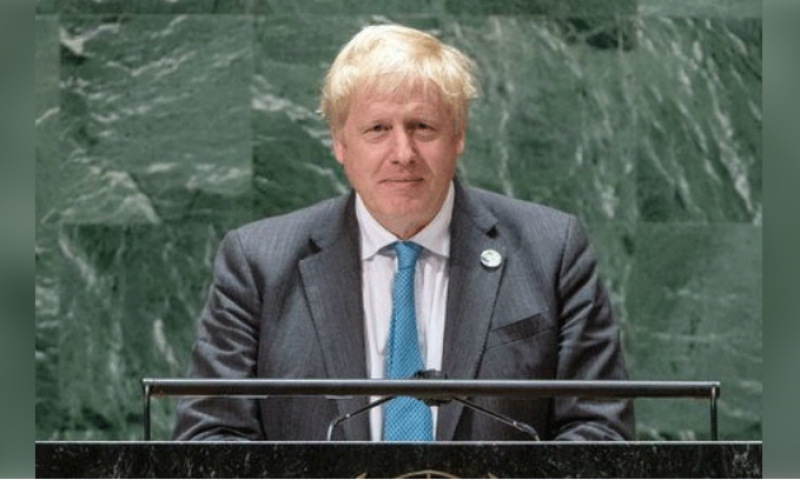 New York (Agencies ): British Prime Minister Boris Johnson has called for following the example of his Pakistani counterpart, Imran Khan, to plant 10 billion trees, as he told world leaders at the United Nations (UN) that humanity has to "grow up" and tackle climate change.

In his address to the UN General Assembly (UNGA) on Wednesday, he said it’s now or never if the world is to meet its goal of limiting the global temperature rise to 1.5C above pre-industrial levels.

PM Johnson is due to host a major UN climate summit in Glasgow, Scotland, in six weeks’ time.

He is using his trip to UN Headquarters in New York to press governments for tougher emissions-cutting targets and more money to help poor countries clean up their economies.

Amid the metaphors, the British leader made a series of calls for action to the UN member states, including:

— to restrain the rise in temperature to 1.5 degrees;

— to pledge collectively to achieve carbon neutrality – net zero – by the middle of the century;

— all countries to step up and commit to very substantial carbon reductions by 2030, in particular with coal, cars, cash and trees;

— China to phase out the domestic use of coal;

— only zero-emission vehicles to be on sale across the world by 2040;

— to halt and reverse the loss of trees and biodiversity by 2030;

— all nations to follow the example of Prime Minister Imran Khan to plant 10 billion trees, and,

— governments to work with financial institutions – the IMF and the World Bank – to leverage trillions of dollars in the private sector.

The British premier concluded his speech with a plea for world leaders to do right by the next generations.