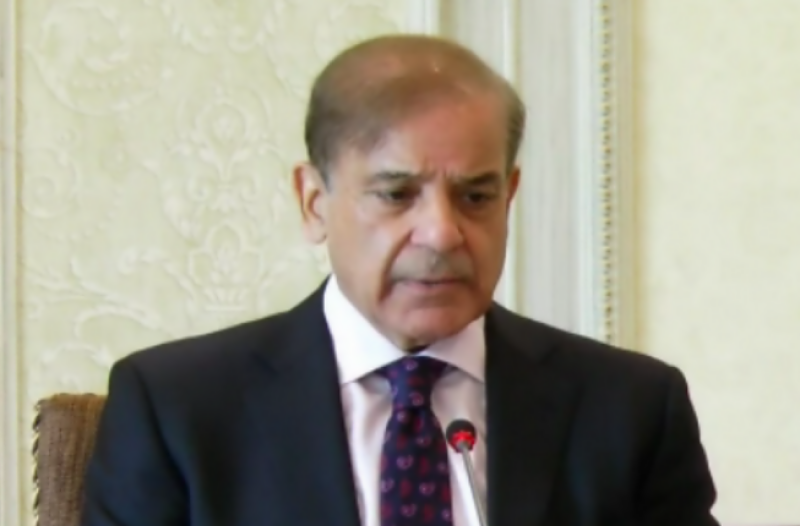 New York (Agencies): Prime Minister Shehbaz Sharif on Friday made an urgent appeal for a "substantial" debt relief from rich nations as devastating floods exacerbated by climate change displaced millions of people in the country.

In an interview with Bloomberg TV in New York, the premier said that Pakistan had high debt obligations in the next two months.

PM Shehbaz said that his government had just signed an agreement with the International Monetary Fund with "very tough conditionalities" that include taxes on petroleum and electricity.

The floods have submerged a third of the country and killed more than 1,500 people. United Nations Secretary General Antonio Guterres has called on the international community to help Pakistan financially as damages caused by the floods exceed $30 billion.

"We have spoken to European leaders and other leaders to help us in the Paris Club to get us moratorium," PM Shehbaz said, referring to the group of rich creditor nations.

"Unless we get substantial relief how can the world expect from us to stand on our own feet? It is simply impossible," he added.

PM Shehbaz noted that a “yawning gap” between what Pakistan was asking for and what was available, warning that the nation was facing the imminent threat of epidemics and other dangers.

"God forbid this happens, all hell will break," Sharif said.

In August, Pakistan secured a $1.1 billion loan from the International Monetary Fund (IMF) to avert default as political turmoil and the deadly flooding threatened the country's economy.

The IMF also increased the nation’s bailout package to $6.5 billion.

PM Shehbaz said that he had spoken to the IMF and World Bank about immediate debt relief and would begin talks with China after the Paris Club.

"The disaster in Pakistan, already reeling from depleted currency reserves and the highest inflation in decades, have affected 33 million people," the premier mentioned.

PM Shehbaz urged the international community to help out Pakistan considering its damages due to climate-induced disaster, with 1,500 deaths including 400 children.

He pointed out that Pakistan fell victim to the climate change despite its less than one percent contribution to carbon emissions.

"Today it is Pakistan and tomorrow it could be any other country that could be hit by the climate change," he said.

"Things will not come back to normal," he said, stressing the need for assistance by other countries to help Pakistan rebuild its infrastructure as floods inundated one-third of the land.

"I need to put our economy back on trail. I need to put our millions of people back in the rooms, busy again with the ordinary life in agriculture, in industry and getting jobs back,” he said.

"Time is running, and we’re racing against time," he added. "Please help us avoiding this disaster," he asserted.

Responding a question about talks with Russia, PM Shehbaz said that Pakistan is in touch with the energy-rich nation regarding discussions over gas supplies as well as wheat imports after expected production losses due to the floods.

PM Shehbaz also urged his countrymen back home to rise above their political differences and join hands in extending assistance to the flood-hit people.

"This is the real spirit of service to help our brothers and sisters in need by burying our differences," he said, mentioning that the floods wreaked havoc with the livelihood of the people.

Responding another question regarding improvement in relations with India, PM Shehbaz said that Pakistan believed that only peace could guarantee the sustainable prosperity in the South Asian region.

Peace, he said, could help the countries divert their resources towards the development of their people.

The prime minister, however, linked the improvement of ties with India with negotiations regarding the resolution of the Kashmir dispute in aspirations of its people.