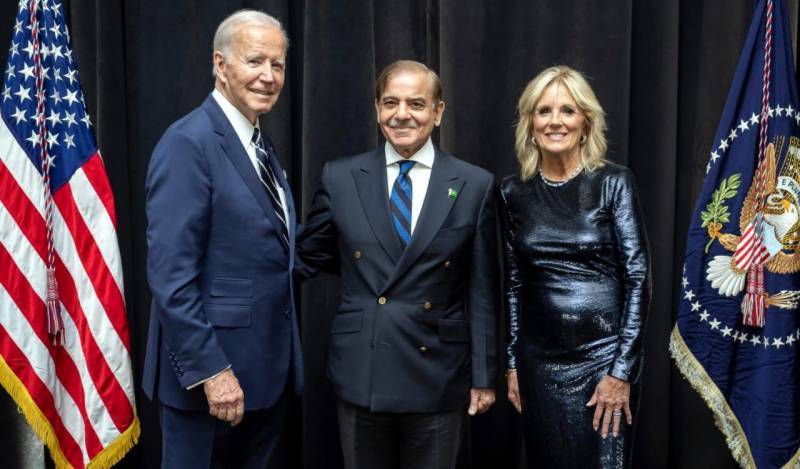 This is the first interaction between President Biden and PM Shehbaz Sharif.

According to a tweet by the Prime Minister's Orifice (PMO), the meeting held at the reception hosted by the US President for the world leaders participating in the UNGA session.

Prime Minister Muhammad Shehbaz Sharif meets US President Joe Biden and his wife at the reception hosted by the US President for the world leaders participating in 77th session of UNGA. #PMPAKatUNGA #PakatUNGA77 pic.twitter.com/p8pZZBIw8z

President Biden expressed grief with the affected families over loss of human lives and the devastation caused by floods in Pakistan.

During the meeting, the premier lauded the flood relief efforts by the US and the continuous COVID-19 vaccine assistance and collaboration between the two countries.

PM Shehbaz thanked the US President for his message to the international community to the flood affected people and to support Pakistan.

He also thanked the people and the government of the US for sending head of USAID to visit Pakistan and providing relief assistance.

Earlier, in his address to the UN General Assembly, President Biden made a fervent appeal to the world to help Pakistan deal with the devastation of the recent floods.

The US president announced a $2.9 billion fund to support life-saving humanitarian and food security assistance across the globe for this year alone.