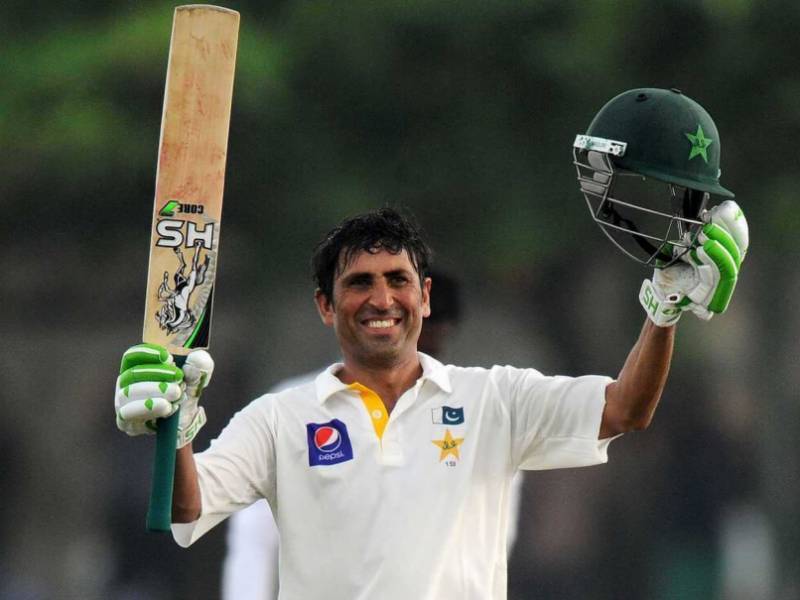 Kingston (Staff Report): Veteran batsman Younus Khan becomes the first Pakistani and 13th batsman in the world to score 10,000 Test runs and Twitter goes wild in felicitating him for this great achievement.

Younus just needed 23 runs to reach the 10,000-run landmark and he did so in style by making 58 runs off 138 balls, which included five boundaries and a six, to make history.

His fans are tweeting from around the globe to congratulate him. The best tweets are here:

Congratulations Younis Khan on your incredible 10K achievement. Hope you have an amazing farewell series, pile on the runs! ????

Congratulations to Younis Khan on his scoring 10000 runs in Test cricket - the first Pakistani to achieve this distinction.

Younus Khan We r all very proud of U. Congrats to U,Ur Family & the entire Nation."10000" Test runs is a breathtaking achievement #LEGEND

What an incredible achievement Younis khan. So proud of you & happy to be part of your special moment! #10000 Runs pic.twitter.com/MGNq0tXgoG

What a historic feat for Younis Khan and Pakistan! Truly honoured my friend. #YK10K #WIvPAK

Awake till now just to see this moment. Very happy for you guru @TheRealPCB

Congratulations to Younis Bahi, first Pakistani to achieve 10000 runs. Proud moment for all of us. #Cricket

An incredible achievement from an incredible batsman. Well done pic.twitter.com/I5GIip7Zwa

Congrats to Younis Khan for 10k test runs! Outstanding achievement! Thats a lot of warm ups by the way!