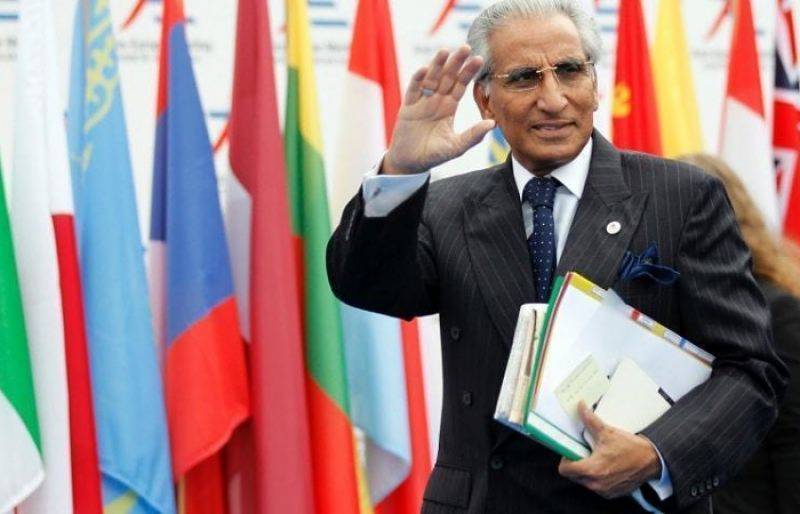 Islamabad (Staff Report): The Foreign Office has refused reports regarding the Special Assistant to the Prime Minister on Foreign Affairs Tariq Fatemi, labeling them as 'irresponsible and malicious'.

Earlier last week, according to media reports, Tariq Fatemi was likely to be removed from his post in response to an inquiry committee's report that revealed his 'alleged role in Dawn leaks'.

The Foreign Office spokesperson Nafees Zakaria said, "A section of the media has been running baseless stories about Mr Tariq Fatemi, Special Assistant to the Prime Minister on Foreign Affairs (SAPM), alleging that he has left the country."

He further stated that the SAPM is in the Foreign Office performing his official duties. Irresponsible and malicious allegations by an anchor of an electronic media is not only a serious attack on the person of Mr Fatemi, a high office-holder, but also this Ministry, which deals with the matters related to relations with foreign countries.

The Foreign Ministry has considered this 'malicious propaganda' and declared that it reserves the right to take legal action against those involved.